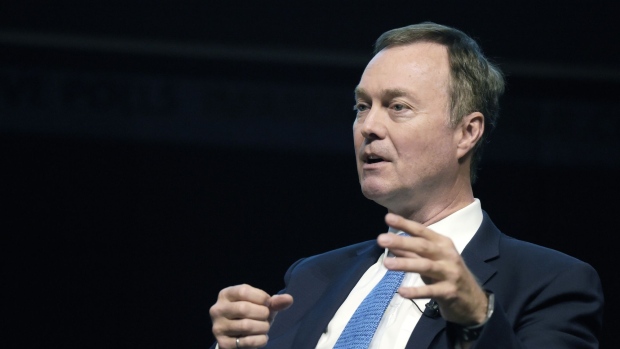 (Bloomberg) -- Impala Asset Management has become the second investor in a month to go public about efforts to pressure Canadian miner Teck Resources Ltd. into ousting its longstanding CEO.

The Connecticut firm, founded by industry veteran Bob Bishop, said it sent a letter to Teck’s board Feb. 28, excerpts of which it provided to Bloomberg.

The letter criticizes Teck’s chief executive officer, Don Lindsay, for what the firm calls destruction of shareholder value while saying he received one of the biggest paychecks in the industry. In 2019, Lindsay’s total compensation was C$9.2 million ($6.6 million), including C$1.64 million in salary.

Doug Brown, Teck’s director of public affairs, said Monday that Lindsay has shareholder backing and that the company’s shares are down largely because underlying commodity prices have fallen.

“At our recent annual meeting, shareholders voted 98% in support of Don and the board, indicating the strong level of support of Teck’s shareholders for the company’s strategy,” Brown said by phone.

“It’s been nothing but poor investment decisions over the last 10 or 12 years,” Bishop said in a phone interview Monday. “The company’s paying top dollar for underperformance.”

Impala’s letter was accompanied by a slide deck that referred to Lindsay’s strategy as lacking “clear direction or coherence,” and echoed many of the valuation concerns recently made public by Tribeca Investment Partners .

Impala faces entrenched ownership and management in its battle with Vancouver-based Teck, Canada’s biggest diversified mining company. The Keevil family controls Teck through dual-class shares, and has been involved with the firm for more than six decades.

As for Teck’s investment in the Fort Hills oil-sands project in Alberta, Brown said: “We have been very clear that if we can’t see the value reflected in our share price, we will not hesitate to pursue other options for realizing value, including divestment at the appropriate time.”

Impala owned 1.9% of Class B shares outstanding at the end of 2019, making it a top-10 shareholder, according to Bloomberg data.

The share structure is a major impediment to change, Bishop said.

“The dual-class share structure was originally meant to protect the Class B shareholders if there was a lowball bid for the company,” Bishop said. Instead, “it has allowed bad decision-making to occur without any repercussions.”

In March, Bishop says he and another Impala representative met with Teck’s chairwoman, Sheila Murray, and vice chairman Norman Keevil III, to follow up on their letter but came away with little conviction things will change. “These have been poor investment decisions by this CEO, approved by mostly this board, and we’re expecting the same people who got us into this mess to get us out of this mess.”

Bishop, who worked as chief investment officer at Soros Fund Management before founding Impala, said his views are broadly aligned with those of Tribeca, although he puts more value on Teck’s zinc and copper assets. He also said he’s less optimistic about how much the miner could get from the sale of its metallurgical-coal division.

Both investors think the stock is dramatically undervalued, with Bishop estimating they could at least triple in value under the right management.

“If they did the right thing tomorrow I think the stock price would go up 40% in one day,” he said.