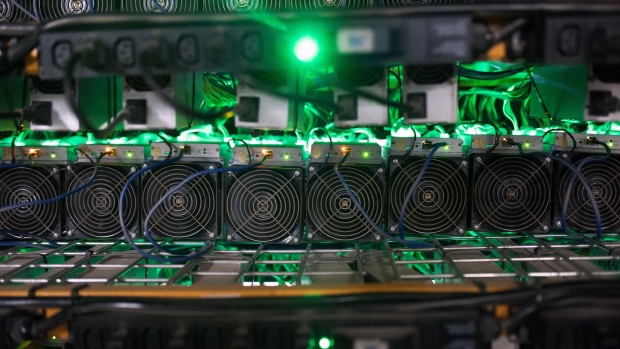 (Bloomberg) -- Bitcoin miner Griid Infrastructure is in talks to go public through a merger with a special purpose acquisition company, according to people with knowledge of the matter.

A transaction with the blank-check firm, Adit EdTech Acquisition Corp., would value the combined entity at more than $3 billion, one of the people said. Terms aren’t finalized and talks could still fall apart.

Spokespeople for Adit EdTech and Cincinnati-based Griid declined to comment.

Griid, which says its procures cheap, carbon-free energy to manage, build and operate a portfolio of U.S.-based Bitcoin mining facilities, announced this week that it secured a $525 million facility from Blockchain.com. The mining firm, run by founder and Chief Executive Officer Trey Kelly, said the four-year facility will help it add capacity and scale.

Other Bitcoin miners that have agreed to go public via SPAC mergers include Cipher Mining Inc., Core Scientific and Bitdeer Technologies Holding Co., which announced last week that it struck a deal with Blue Safari Group Acquisition Corp.