As record low temperatures grip a large portion of North America, the winter that has descended on bitcoin shows few signs of thawing.

The oldest cryptocurrency is on course for a sixth consecutive month of losses -- that’s the longest run in data stretching back to 2010, the year after the digital coin was first created. It has tumbled almost 60 per cent from July’s highs, dragging other digital assets like Ether and XRP down with it, according to data compiled by Bloomberg.

Mainstream financial support for crypto hasn’t emerged, and the asset class has struggled to shake the stigma of being used primarily for illegitimate purposes. Terrorist organization Hamas urged supporters to donate in bitcoin, and the Austrian Financial Market Authority said investment fraud involving cryptocurrencies now makes up the bulk of reports to its whistle-blower website. 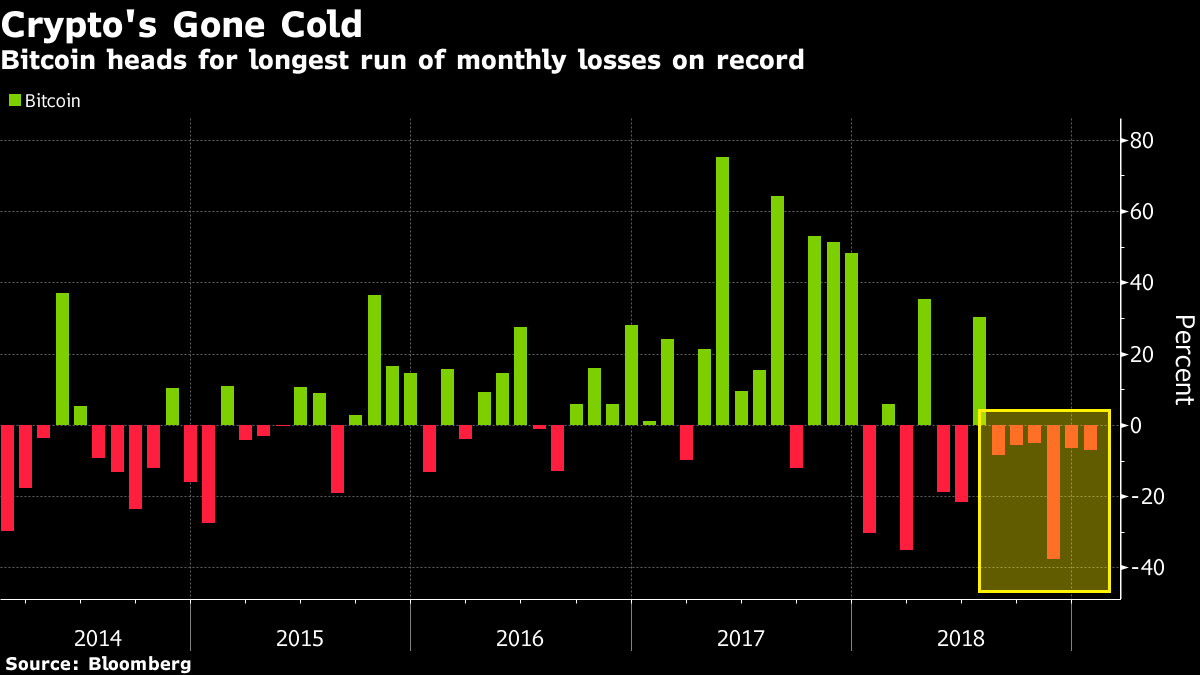