Bitcoin tops US$12,000 level despite skeptics

Bitcoin’s furious run is starting to look more and more like it did at the height of crypto-mania two years ago.

The virtual currency surged as much as 18 per cent on Wednesday, topping US$13,000 for the first time since January 2018, and bringing its gain since late Friday to almost 40 per cent. The digital asset has climbed more than 200 per cent since December, prompting many investors to ignore the 74 per cent drop last year that followed the parabolic 1,400 per cent surge in 2017.

“While I understand the excitement for the community that a company like Facebook, backed by other big names, has launched its own coin, this just feels a lot like last time and we all know what happened then,” Craig Erlam, senior market analyst at Oanda Corp. in London wrote in a note. “Perhaps this time the drop off won’t be so bad as we are seeing more mainstream adoption but it may be naive to think that it can’t come crashing down again.” 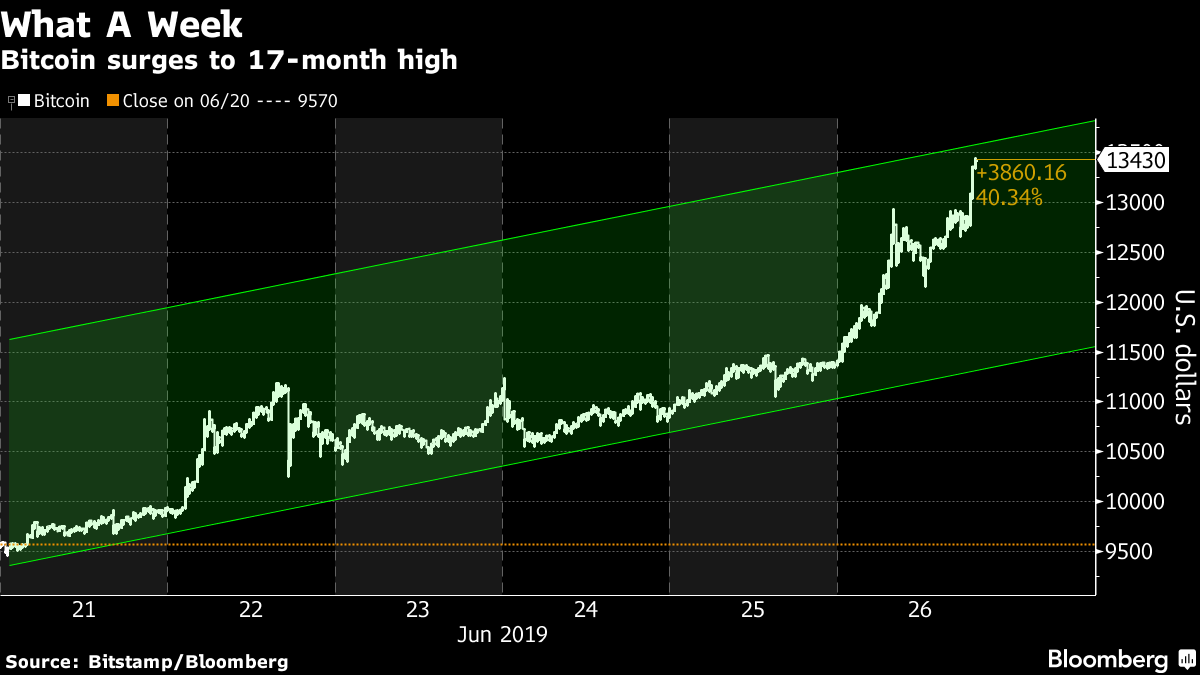 Its relative strength index, a gauge of momentum, is now within a hair’s breadth of the level when the cryptocurrency peaked around US$19,500 in 2017.

Accelerating gains have raised the stakes for traders as they try to gauge whether this month’s rally has more staying power than the bubble that ended with a US$700 billion crypto wipeout in 2018. While bulls have cheered signs of growing interest in virtual currencies from major companies like Facebook Inc. and JPMorgan Chase & Co., skeptics say it’s unclear how those initiatives will ultimately benefit Bitcoin and its peers.

A break above the US$12,720 level “will allow for a complete retracement of the 2018 bear market,” according to John Kolovos, chief technical strategist at New York-based Macro Risk Advisors, though he noted in comments Tuesday that the rally was “turning more and more impulsive.”