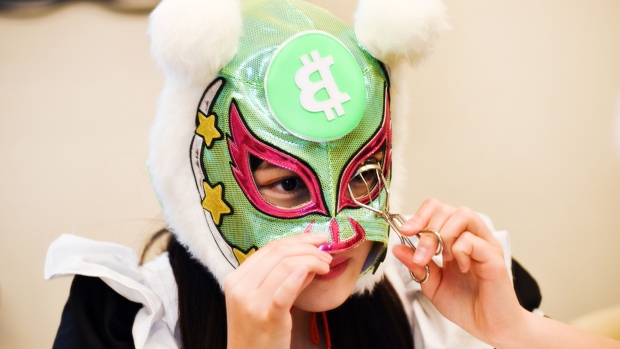 A member of Japanese pop group 'Virtual Currency Girls', wearing a mask with the symbol for the Bitcoin cryptocurrency, curls her eyelashes ahead of performing onstage in Tokyo, Japan, Feb. 16, 2018. Bloomberg/Noriko Hayashi

Bitcoin surged as much as 18%, recovering from the the lowest levels since May, amid a general risk-on rally in financial markets.

As is usually the case in cryptocurrencies, traders cited a bevy of reasons, from speculation that prices were being pumped ahead of the expiration of some weekly call options to the arbitrage of prices between various exchanges.

“This positive sentiment, along with a good buying opportunity at the key US$7,500 support level, has led to there being more buyers than sellers -- which, at the end of the day, always leads to markets going higher,” said Jeff Dorman, chief investment officer at Arca, a Los Angeles-based asset manager that invests in cryptocurrencies.

“Though today’s jump is notable, it should be noted that this recovery is to the same level Bitcoin was trading before the recent pullback and puts BTC right back in a range where it traded for a nearly month until this week,” Dorman said. 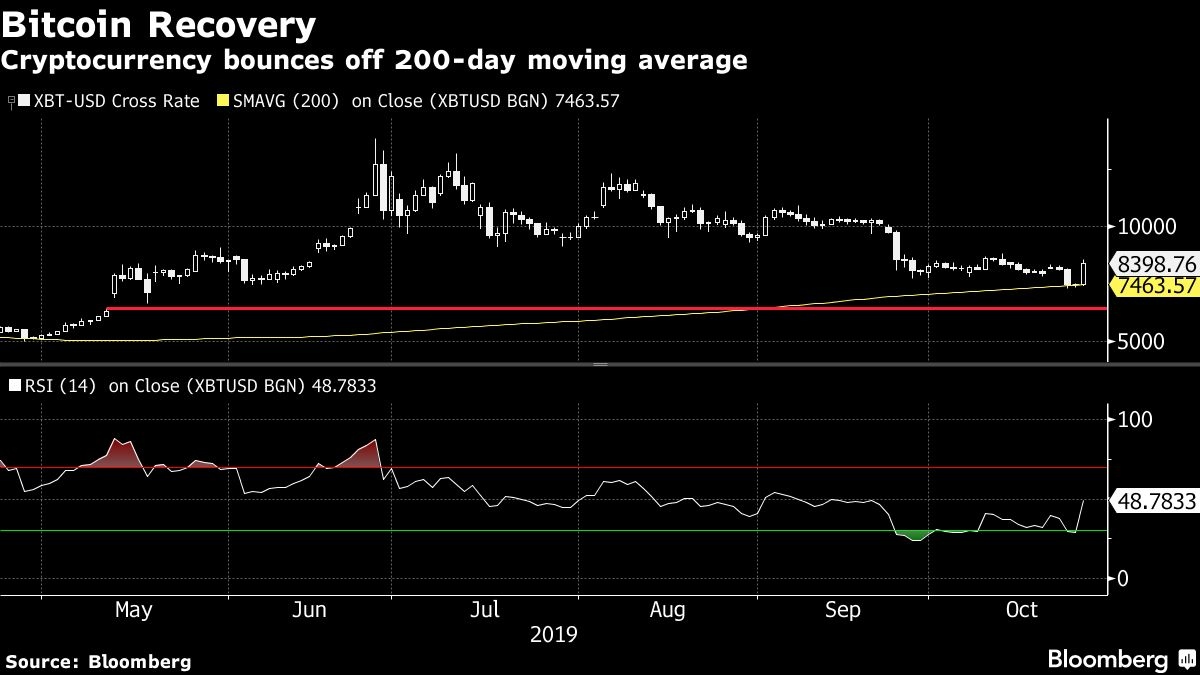 --With assistance from Alastair Marsh and Kenneth Sexton (Global Data).