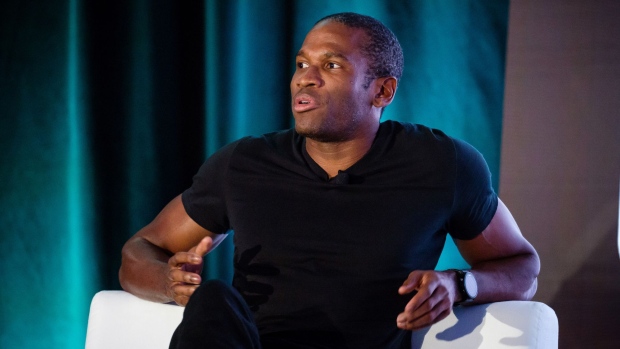 (Bloomberg) -- BitMEX co-founder Arthur Hayes should spend significantly more than a year in federal prison for failing to implement an anti-money-laundering program at the pioneering cryptocurrency exchange, US prosecutors said.

Hayes, a former Citigroup Inc. equities trader who co-founded BitMEX in 2014, pleaded guilty in February to violating the US bank secrecy law. Federal prosecutors on Thursday submitted their sentencing recommendation to US District Judge John Koeltl in Manhattan.

As part of Hayes’s plea deal, prosecutors had agreed that, under federal sentencing guidelines, his offense called for a prison term of six to 12 months. He also agreed to pay a $10 million fine. If convicted at trial, Hayes had faced as much as five years in prison on each count of his October 2020 indictment.

But prosecutors said a year in prison wasn’t enough.

“There is no question that this case has been extremely closely watched in the cryptocurrency industry,” prosecutors said in the filing. “Compliance by cryptocurrency platforms will be unattainable if their operators believe there are no meaningful repercussions for failing to comply with the law.”

In their own sentencing recommendation, Hayes’ lawyers asked Koeltl to impose no jail time and allow him to live abroad and travel freely, saying the case is a landmark that will help the US  government prosecute financial crimes at cryptocurrency exchanges throughout the world.

The Probation Office recommended that Hayes be sentenced to two years’ probation.

Prosecutors said Hayes and his co-defendants failed to implement programs to prevent BitMEX from being used for money-laundering and set up the exchange in the Seychelles in part to avoid regulatory scrutiny.

BitMEX initially denied the allegations, but a group of companies that operated the exchange in August agreed to pay $100 million to settle allegations they allowed illegal trades for years and violated rules requiring them to implement anti-money-laundering programs. BitMEX said in a statement that it has improved its compliance program in recent years and is pleased to put the investigations behind the company.

Hayes founded BitMEX with Benjamin Delo, a computer scientist who built high-frequency trading systems for JPMorgan Chase & Co., and Samuel Reed, a programmer specializing in fast web applications. The exchange was among the first to offer cryptocurrency derivatives, such as futures contracts that allow investors to make leveraged bets on the prices of different cryptocurrencies.

Delo and Reed also pleaded guilty earlier this year and agreed to pay $10 million each. Their sentencings are set for June 15 for Delo and July 13 for Reed. Gregory Dwyer, the exchange’s first employee and former head of business development, is still fighting charges and is scheduled to go to trial in October.

The case is US v Hayes, 20-cr-500, US District Court, Southern District of New York.