Since then, the smartphone pioneer and once-leading Canadian business has gone through major ups and downs in the fast-changing world of mobile technology.

From the height of the "CrackBerry" smartphone craze, to announcing in 2013 that it was weighing options including a sale, and its subsequent transformation under CEO John Chen, the Waterloo Ont.-based company no longer resembles what it started out as.

To mark BlackBerry’s anniversary over the last three and a half decades, here’s a look back at the company’s key milestones in its journey so far. 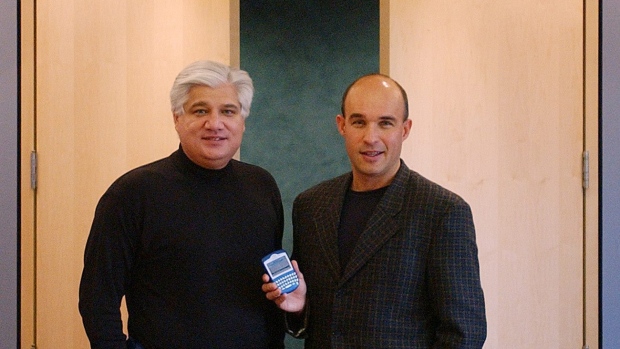 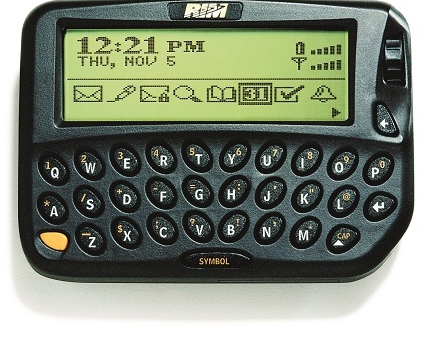 1997 – RIM goes public and is listed on the Toronto Stock Exchange. Two years later, the company debuts on the Nasdaq, and receives regulatory approval in the U.S. to sell its first BlackBerry device – a pager with email called the 850.

2004- Fast forward seven years later – after the first BlackBerry devices with voice-calling and colour screens hit the market – RIM turns 20 years old and tops one million subscribers on its devices. By the end of 2004, it has more than two million subscribers. Two years later, the first line of BlackBerry Pearl devices are released with digital cameras and multimedia features. 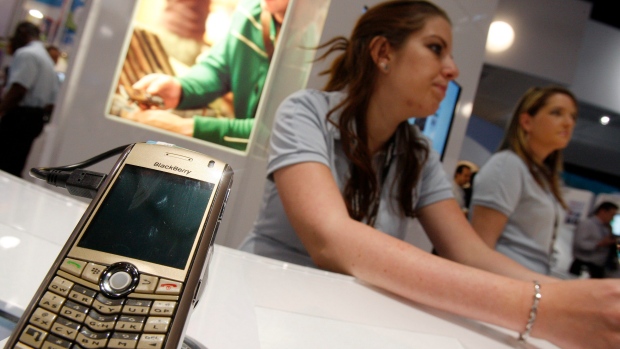 2007 – RIM becomes the most valuable company on the TSX with a market capitalization of more than $67 million. Its smartphone subscribers hit 10 million. That same year, Apple introduces the first iPhone. 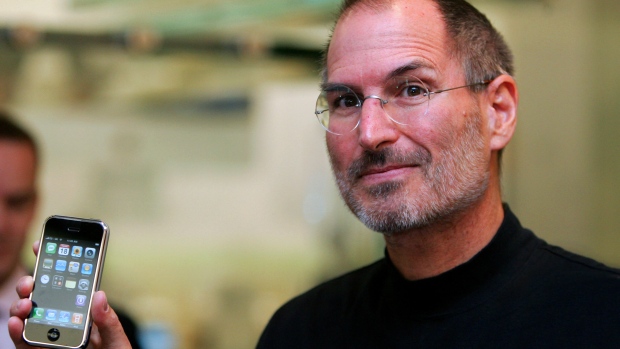 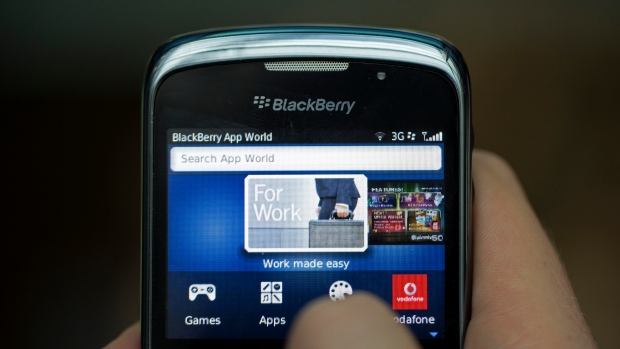 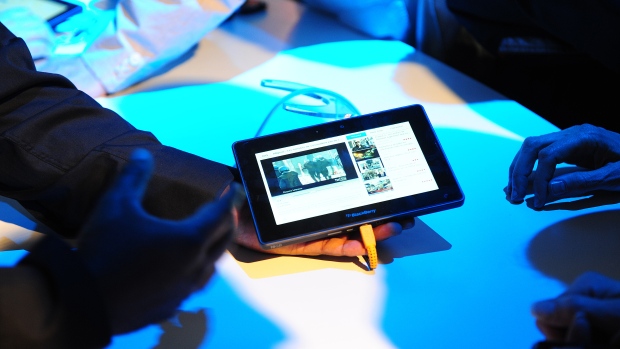 2012 – Lazaridis and Balsillie step down as co-CEOs, while Balsillie also resigns from BlackBerry’s board of directors. The company’s COO Thorsten Heins is named CEO, and within months he announces 5,000 job cuts. The critical BlackBerry 10 software update is also delayed. The company’s stock hits a low of $6.18 on the TSX in September. 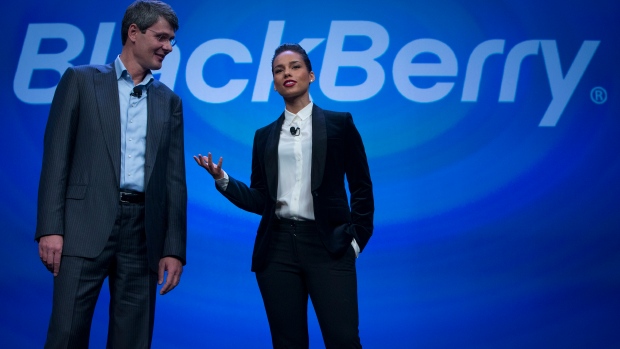 January 2013 – Heins launches the BlackBerry 10 operating system, along with the Z10 and Q10 smartphones, which are seen as the company’s last fighting chance in the smartphone market. R&B singer Alicia Keys is named BlackBerry’s creative director, and the company’s name is officially changed from RIM to BlackBerry. In May, Lazaridis steps down as vice-chairman, and leaves the board of directors.

August 2013 - BlackBerry announces it’s conducting a strategic review and says it’s considering a sale or joint venture. A month later, a consortium of investors led by Fairfax Financial Holdings Ltd. bid $4.7 billion to take BlackBerry private. The deal collapses in November, and BlackBerry opts to raise $1 billion through a sale of convertible debt to investors. John Chen replaces Heins as the new CEO. 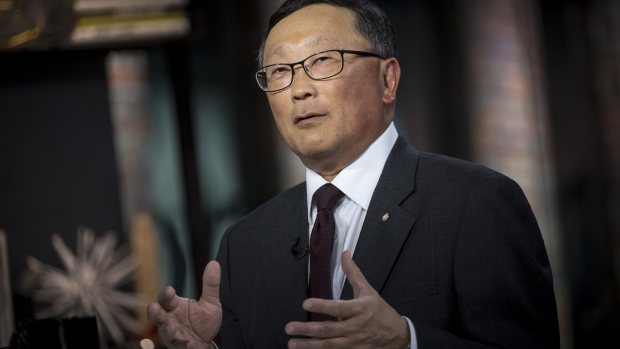 2014 – BlackBerry launches the Passport smartphone and the BlackBerry Classic – a phone with a keyboard that resembles its popular Bold 9900 model. A year later, the BlackBerry Leap and BlackBerry Priv – the company’s first Android smartphone – is introduced. The Priv is the first device not using BlackBerry’s own operating software. 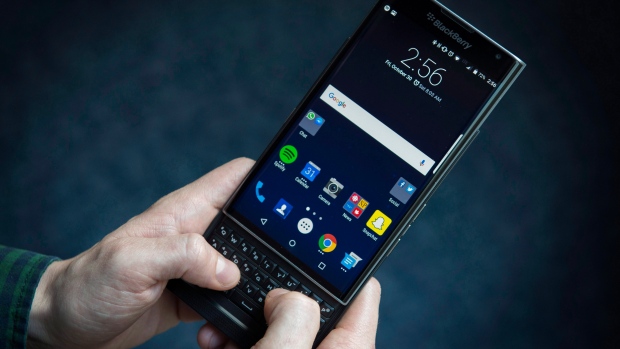 2016 – In September, Chen announces that BlackBerry will stop making smartphones, and outsource all hardware development and manufacturing to outside partners.

2018 – BlackBerry buys Cylance Inc. for US$1.4 billion in an all-cash deal – the company’s biggest acquisition ever – as it seeks to boost its cybersecurity busines. 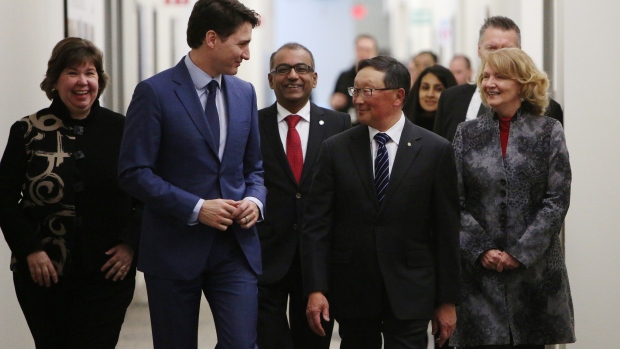 2019 – Chen, along with Prime Minister Justin Trudeau, announce $310.5 million to expand the QNX operating system. The federal government pledges $40 million to the project on BlackBerry’s commitment to create 800 new jobs.