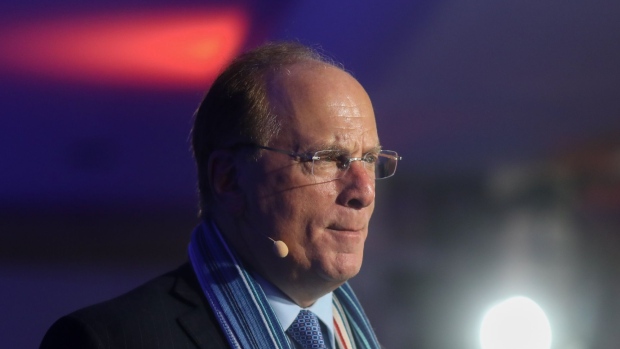 “We are seeing this reallocation of capital,” Fink said at a Bloomberg New Economy Forum event broadcast Thursday in Hong Kong. “Those companies who are more and more focused on ESG strategies and stakeholder capitalism, they’re trying to get a higher P/E than some of the companies that are in denial.”

Many firms have evolved from a primary focus on maximizing shareholder profits to one where they also prioritize their impact on clients, employees and the communities in which they operate, Fink said in an interview with Carlyle Group Inc.’s David Rubenstein. The companies that best embrace “stakeholder capitalism” are outperforming their peers and will continue to do so, he said.

The comments mirror statements made in his annual missives to U.S. CEOs, in which he has advised corporate leaders to orient their businesses for the long term and sought to underscore that profit and social purpose are inextricably linked. Fink made climate change the focus of his 2020 letter, saying global warming will upend global finance and promising his firm will take steps to address the issue across the thousands of companies in which it invests.

President Elect Joe Biden’s decision to return the U.S. to the Paris climate agreement will be “monumental” and would support the work of the growing number of investors that have focused on climate change, said Fink.

“It’s going to be important now to have the whole global community come together, but I would just say, over the last four years, we’ve been seeing a large transformation from private investors,” said Fink. “They’re looking for more opportunities to participate in this giant change.”