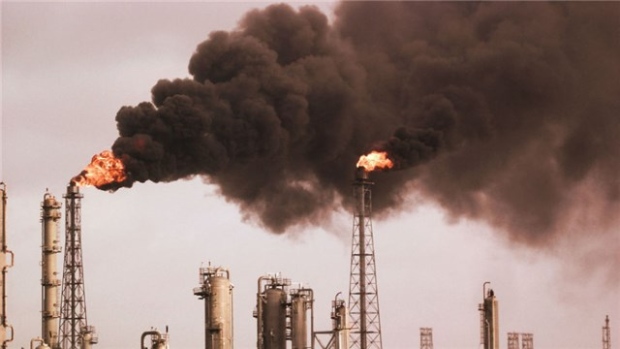 BlackRock Inc (BLK.N), which wields outsized clout as the world's largest asset manager, planned on Monday to put new pressure on companies to explain themselves on issues including how climate change could affect their business as well as boardroom diversity.

The move by BlackRock, a powerful force in Corporate America with US$5.1 trillion under management, could bolster efforts like climate-risk disclosure practices developed by the Financial Stability Board, the international body that monitors and makes recommendations about the global financial system.

BlackRock, which holds stakes in most major U.S. corporations, identified its top "engagement priorities" for meetings this year with corporate leaders in documents to be posted on its website on Monday, with climate risk and boardroom diversity on the list. Reuters received advance copies of the materials.

Michelle Edkins, set to oversee the outreach effort as head of a 30-person team, said BlackRock might want to hear from companies about how they are assessing the risk that climate change may pose to their operations. Edkins cited the example of how rising ocean levels could swamp a real estate company's valuable beachfront property.

Some companies have shown leadership on the areas BlackRock considers priorities, Edkins said, while others need improvement. "There are firms where we think they're probably not moving fast enough given the risks to the business," Edkins said in a telephone interview on Sunday.

The action marked a step-up in BlackRock's advocacy with boards and executives, and comes after the fund giant was criticized by environmental and labor activists for not backing proxy resolutions dealing with climate change and other topics more often at shareholder meetings.

BlackRock stopped short of pledging to vote more often against companies' management. It said it still prefers private meetings with executives and casts critical proxy votes only as a last straw.

"They have made a turn in the road. They are looking at their proxies differently," said Tim Smith, who leads shareholder engagement efforts at Walden Asset Management in Boston.

Outlining its priorities, BlackRock urged some companies to be ready to discuss concerns such as how they could use climate-risk disclosure practices developed by a Financial Stability Board task force.

BlackRock also said it will expect that at companies in sectors associated with climate risk such as oil producers, miners or real estate companies, all directors should "have demonstrable fluency in how climate risk affects the business" and how a given company will address it.

As a result of BlackRock's new initiative, Smith said Walden and others including a Seattle city employees' retirement system have withdrawn a proposal calling for the fund giant to review its proxy-voting process and record on climate change.

Smith said BlackRock's new approach could make a difference such as on resolutions urging energy giants to report on the impact that public policies aimed at curbing climate change could have on their business. One such resolution at Exxon Mobil (XOM.N) last year received support from around 38 percent of votes cast. BlackRock opposed the resolution and owned about 6 percent of the company at the time, securities filings show.

Edkins said BlackRock's votes on such measures in the future would depend on circumstances like how they are worded. An Exxon spokesman declined to comment ahead of the company's proxy statement due next month.

BlackRock also said it will look to understand how companies are working to increase boardroom diversity, such as adding more women.

"Diverse boards, including but not limited to diversity of expertise, experience, age, race and gender, make better decisions," BlackRock said in the documents.

Some companies wrongly believe they already possess a diverse board of directors, Edkins said.

"A guy from Yale and a guy from Harvard does not count as diversity," Edkins said.

BlackRock's guidance marks the latest investor call for corporate executives to pay more attention to matters to which they might have given little thought in the past.

New deposits into funds that invest according to environmental, social or responsible governance criteria have been a rare bright spot for active fund managers lately.

BlackRock Chief Executive Larry Fink has advocated governance reforms in annual letters to other CEOs, such as urging them to avoid too much focus on short-term results.

BlackRock said it also plans to press boards about worker issues in light of matters such as uneven wage growth. Edkins pointed to Wal-Mart Stores Inc (WMT.N) as an example of a company that embraced the idea that higher wages can lead to a more-engaged workforce.

"Pay that doesn't seem to achieve some sense of equity within a company is likely to make an unattractive place to work," Edkins said.