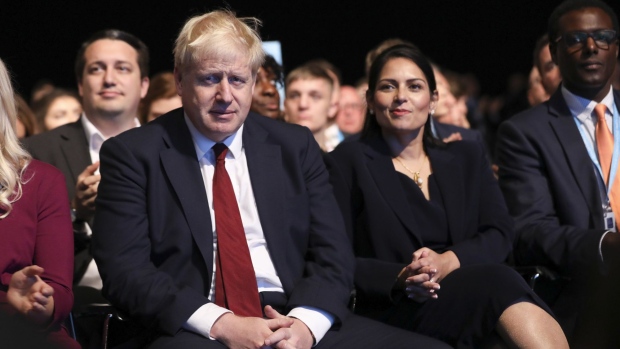 U.K. Prime Minister Boris Johnson won a court ruling over the way he dealt with allegations of bullying made against his Home Secretary Priti Patel.

Johnson, the ultimate “arbiter” of the rules governing the behavior of senior officials, didn’t “misdirect himself,” judges ruled in London on Monday. The claim was brought by the FDA trade union, which represents the most senior civil servants, who argued that Johnson had broken the Ministerial Code when investigating the bullying claims.

Patel was hit by claims of bullying last year, with a senior U.K. official accusing her of creating a climate of fear among staff. Patel was forced to deny allegations that she berated civil servants.

“Viewing the statement as a whole and in context, the Prime Minister either accepted that aspects of the conduct of the Home Secretary could be described as bullying, or, at least, did not form a concluded view on that question,” the judges led by Clive Lewis, said.

The judges weren’t asked to make any decisions on whether bullying took place, only whether Johnson misinterpreted or misapplied the code.

The FDA said after the ruling that it was significant the judges found that ministerial oversight can be reviewed by the judiciary.