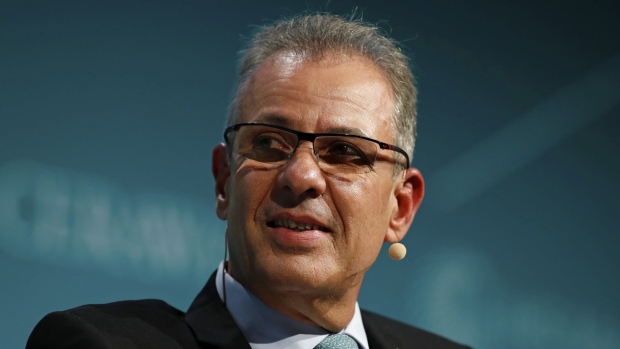 (Bloomberg) -- Brazil’s government is considering giving public-transport vouchers to low-income workers in a bid to soften the impact of soaring fuel prices on vulnerable families, according to Mines and Energy Minister Bento Albuquerque.

The combination of a weaker local currency and a global oil rally has made the price of gasoline, diesel and cooking gas skyrocket in Latin America’s largest economy, accelerating inflation and putting pressure on President Jair Bolsonaro -- who is up for re-election in 2022 -- to find solutions to appease angry Brazilians.

The government has already launched a cooking-gas voucher for low-income families, but it also needs to assist workers who rely on public transportation, even if only temporarily, said Albuquerque, a navy admiral who joined Bolsonaro’s cabinet in 2019.

“There are about 15 million to 16 million vulnerable families, they need to be our priority,” the minister said during an interview in his Brasilia office. “The idea of transport vouchers, which is being considered by the government, is very important.”

Investors are growing worried about Brazil’s fiscal outlook as Bolsonaro ramps up social spending ahead of the 2022 election. On Thursday, the senate approved a bill that changes a key fiscal austerity law, making room in the budget for the government to boost cash handouts to the poor.

Albuquerque pointed out that Brazil’s tax collection is on the rise and the government has enough money to finance such measures. Royalties paid by oil and gas companies alone yielded 210 billion reais ($37.18 billion) to public coffers over the past three years and a series of auctions of new exploration areas will soon bring in another 120 billion reais in revenue, according to government data.

Despite the increase in revenue, the administration is still constrained by a spending cap rule that limits the growth of public expenditures to the previous year’s inflation rate. Albuquerque said, however, that government and congress will have to come together and find a solution because the impact of costlier fuel on the poor is “a national matter.”

While supporting Bolsonaro’s plans to give temporary assistance to vulnerable Brazilians, Albuquerque is skeptical about the president’s idea that privatizing oil giant Petroleo Brasileiro SA, or Petrobras, would lower domestic fuel prices.

“Does privatizing solve the problem? No,” he said, adding that no study to sell the company is being carried out by his ministry. “Personally, I don’t think Petrobras has to be a state-owned company.”