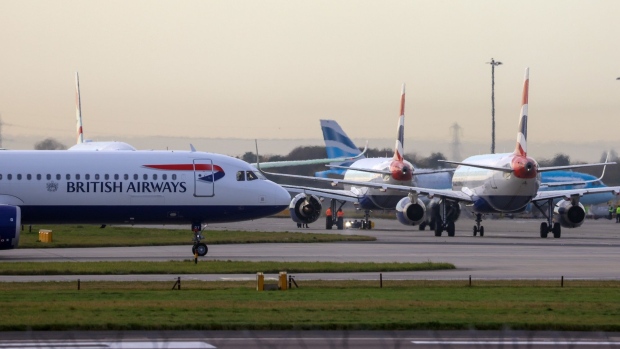 (Bloomberg) -- Phillips 66 reached an agreement to supply cleaner aviation fuel to British Airways for several years as the airline seeks to lower its emissions, the companies said in a statement.

As part of the deal, so-called sustainable aviation fuel -- which is made from renewable feedstocks such as waste vegetable oils -- will be produced at scale for the first time in the U.K at Phillips 66’s Humber Refinery. British Airways will begin using it to fuel flights in early 2022.

The airline, which has pledged to zero out emissions by 2050, said it’s buying enough fuel to reduce emissions by the equivalent of powering 700 net zero flights between London and New York. That is still a tiny fraction of its total carbon footprint.

Humber Refinery currently produces nearly half million liters (132,000 gallons) a day of renewable waste feedstocks, according to Darren Cunningham, the lead executive for Phillips 66 in the U.K.

“Markets for lower-carbon products are growing, and this agreement demonstrates our ability to supply them,” Cunningham said.