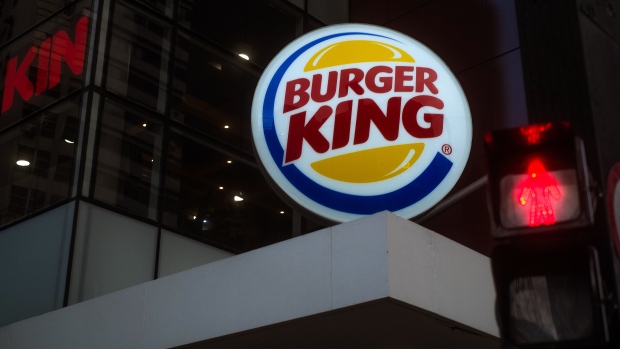 Signage is seen illuminated at night outside of a Burger King do Brasil restaurant on Paulista Avenue in Sao Paulo, Brazil, on Monday, Dec. 11, 2017. , Victor Moriyama/Bloomberg

The fast-food giant, mostly known for indulgent meaty sandwiches, plans to expand a plant-based burger offering nationwide in the U.S. by the end of the year. Burger King had been testing the so-called Impossible Whopper, using patties from Impossible Foods Inc., at 59 locations in the St. Louis area. The chain said the tests have gone “exceedingly well.”

Burger King, owned by Restaurant Brands International Inc., has more than 7,300 U.S. restaurants. It isn’t the likeliest place for a plant-based burger. But consumers, and particularly younger diners, are looking for more alternatives to meat because of concerns about health, animal welfare and the environment.

Impossible Foods, part of a growing crop of meat-substitute producers, has sold its plant-based burgers at restaurants since 2016 -- starting with trendy eateries like David Chang’s Momofuku Nishi in New York and Jardiniere in San Francisco. A competitor of the company, Beyond Meat, is poised to go public this week. That company initially focused on selling its plant-based products in grocery stores and has expanded to restaurant menus.