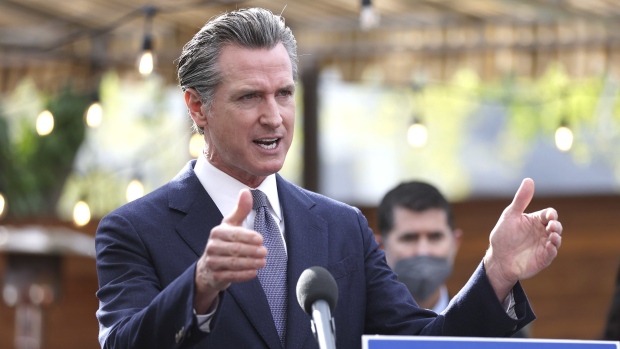 Newsom urged leaders of the state’s largest urban water suppliers Monday to step up their conservation efforts as the most populous US state has fallen far short of the governor’s voluntary goal of a 15% cut in water use.

Newsom, a Democrat, said if local agencies fail to achieve a significant reduction in water consumption this summer, the state could be forced to enact mandatory restrictions, according to a press release from his office.

The warning comes after a state report showed residents weren’t heeding conservation calls and had increased the amount of water they use to take showers and water lawns and gardens. Water use in March increased nearly 19% compared to March 2020, state water officials said earlier this month. Since July 2021, the state has cut its overall water use by 3.7%, well short of Newsom’s goal.

At Newsom’s direction, the California Water Resources Control Board will vote Tuesday on a statewide ban on watering lawns for businesses and institutions, Newsom’s office said. The water board will also require local agencies to impose restrictions due to anticipated strained water supplies from the extreme drought, his office said.