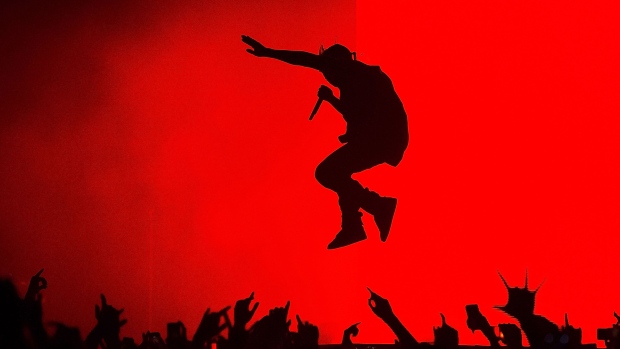 (Bloomberg) -- Pressure is building from politicians and anti-hate groups in Australia for the government to ban rapper Ye after reports over the weekend said he would visit soon.

Australia’s Anti Defamation Commission described Ye, formerly known as Kanye West, as a “hate preacher,” and said he must not be allowed into the country.

“His presence is dangerous because it will give him a platform to keep peddling his anti-Jewish propaganda,” Dvir Abramovich, chairman of the Anti Defamation Commission, told Australia’s Seven News.

Ye has been banned from social media platforms Twitter and Facebook for his antisemitic views, as well as losing valuable sponsorships with clothing companies including Adidas.

Australia has previously refused entry to controversial celebrities, including fellow rapper Snoop Lion, who was banned in 2007. Ye was reportedly planning to visit Australia to meet the parents of his new wife, Bianca Censori.

Australia’s Opposition Leader Peter Dutton said it was a decision for the government, but he would be inclined to refuse him entry.

“His antisemitic comments are disgraceful, his conduct and his behavior is appalling, and he’s not a person of good character,” he told Melbourne’s 3AW Radio on Tuesday. “The Minister has the ability to stop somebody coming into our country of bad character.”

A spokeswoman for Immigration Minister Andrew Giles said the government did not comment on individual cases. “All non-citizens must meet, and continue to meet, requirements set out in the Migration Act, including security and character requirements,” she said in a statement.