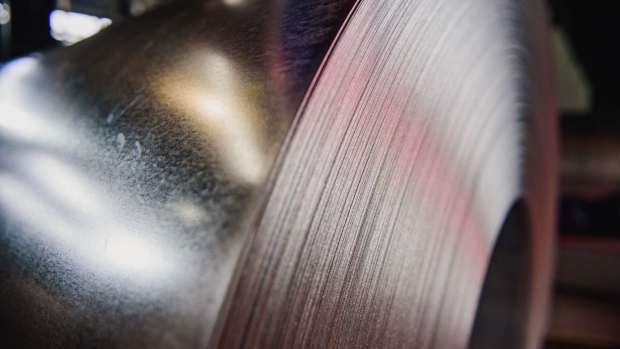 Canada’s Algoma Steel Inc. is in talks to go public through a merger with Legato Merger Corp., a blank check-firm, according to people with knowledge of the matter.

A deal is set to value the combined entity at more than US$1 billion, one of the people said, asking not to be identified discussing private negotiations. Terms could change and, as with all transactions that aren’t yet finalized, it’s possible talks could collapse.

Representatives for Algoma Steel and Legato didn’t immediately respond to requests for comment.

Algoma, based in Sault Ste. Marie, Ontario, and led by Chief Executive Officer Michael McQuade, is a producer of hot- and cold-rolled steel products. The company has said its estimated production capacity is about 2.8 million tons per year.

In February, Moody’s Investors Service upgraded Algoma’s rating to reflect “an improvement in operating performance and credit metrics due to higher steel prices and the expectation that the company will generate positive free cash flow.” It previously went through a restructuring.

Legato, led by a management team including David Sgro, Eric Rosenfeld and Brian Pratt, raised about $236 million in a January initial public offering. The special purpose acquisition company has said it will focus on finding a target business in the industrial, renewables, infrastructure, engineering or construction industries.