Canadian economy snaps back in January

Canadian consumer confidence is showing signs of recovering from a yearlong slide, with recent gains in markets giving a boost to personal finances.

Household sentiment recorded a second-straight monthly gain and is hovering at its highest levels since October, telephone polling shows, suggesting a recent run of sluggish readings that began at the start of last year may have come to an end. The rebound in sentiment coincides with a strong performance in Canadian financial markets over the past three-months.

Consumer confidence can be a good barometer of an economy’s overall health, so the improved readings may suggest Canadians are optimistic the country will emerge from the slowdown that saw growth come to a near halt at the end of last year.

The Bloomberg Nanos Canadian Confidence Index ended March at 55.4, up from 55 at the end of February. That’s the highest end-of-month score since October, though the index remains below year-ago levels.

The gain last month was driven largely by perceptions about personal finances. The share of Canadians who believe their personal finances have improved over the past year jumped to 22.5 per cent, the highest reading since September 2016. The country’s benchmark stock index had its best quarter in almost a decade, up 13 per cent, while bonds and the dollar also rallied over the past three months.

Sentiment around job security, real estate and the economic outlook remained at below average levels however and the overall picture remains one of historically sluggish sentiment.

Every week, Nanos Research asks 250 Canadians for their views on personal finances, job security, the outlook for the economy and where real estate prices are headed. Bloomberg publishes four-week rolling averages of the 1,000 telephone responses. The composite indicator is calculated from the rolling averages of the four questions. 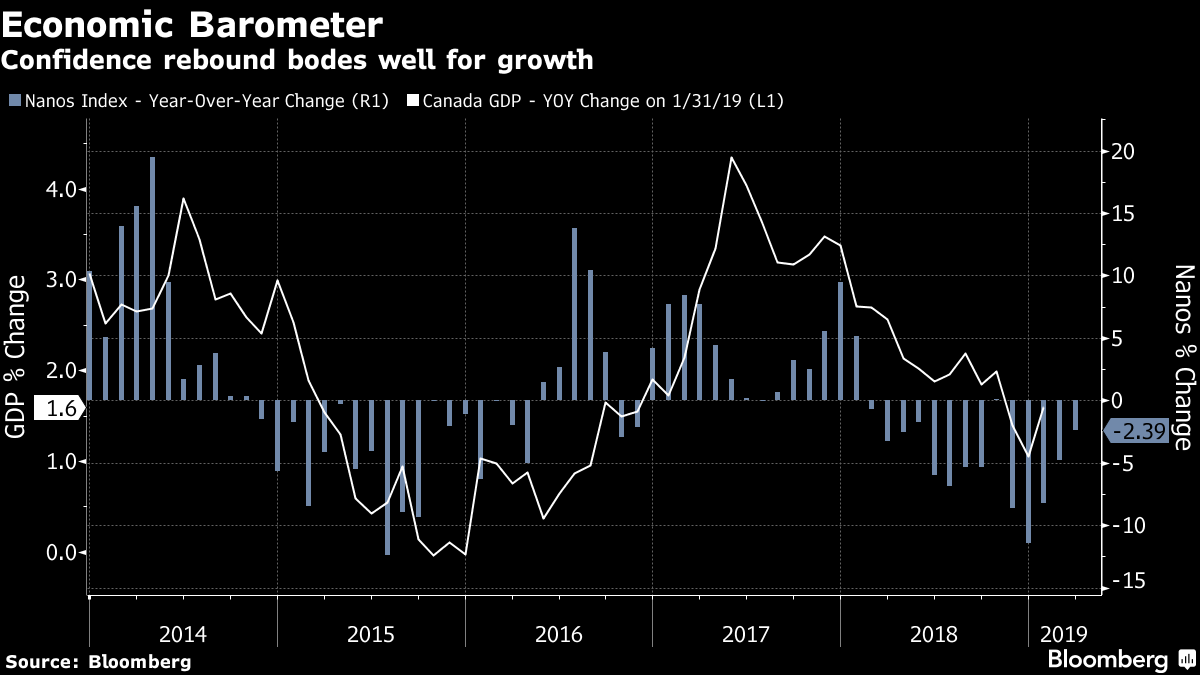