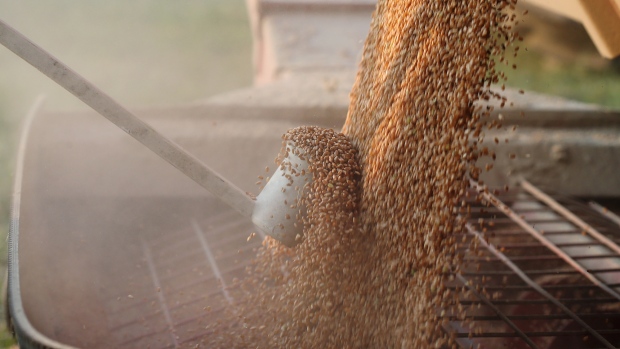 The Canadian government reported surprising crop forecasts with bigger-than-expected drops for canola and durum wheat. Some analysts are wary of the numbers, saying output will end up being better following favorable weather.

Farmers were surveyed from July 4 to Aug. 5, and beneficial conditions subsequently have probably pushed yields up, analysts said. Crop development was delayed this year after farmers were forced to plant in dry conditions with rain arriving in late June and early July.

“Benign weather” has boosted the outlook for yields since the government’s survey was completed, Neil Townsend, Neil Townsend, a senior analyst at FarmLink in Winnipeg, Manitoba, said in a telephone interview.

Canola output this year will fall 9.3 per cent to 18.5 million metric tons from 2018, Statistics Canada said Wednesday in a report. Analysts expected 19.4 million. Durum production will slump 23 per cent to 4.42 million, trailing the 5.08 million estimate. Total wheat output will drop 2.9 per cent to 31.3 million tons after analysts expected an increase to 32.4 million.

Canola supplies have been shunned by China in a trade dispute, and durum exports to Italy fell after a regulation on country of origin curbed trade in the wheat variety used to make pasta.

Through Tuesday, canola futures dropped 8.6% this year, touching a four-year low on May 6. Canada is the world’s top producer. Spot prices for durum wheat in western Canada are down 5.7 per cent in the past 12 months, according to data from Farmers Advanced Risk Management Co.

“We have a little more uncertainty this year than other years because of the pricing conditions in the springtime and then relatively poor conditions right at planting” Townsend, said.

Analysts forecasting higher yields may be too optimistic. Canola development is patchy across Canada with some crops near Saskatoon, Saskatchewan, still flowering as of last weekend. The crop faces risk from cooler temperatures and frost.

Germination rates for canola are varied, “so that’s going to be problematic for farmers when they go out to harvest it,” Lawrence Klusa, a senior consultant at Seges Markets in Winnipeg, said in a phone interview.