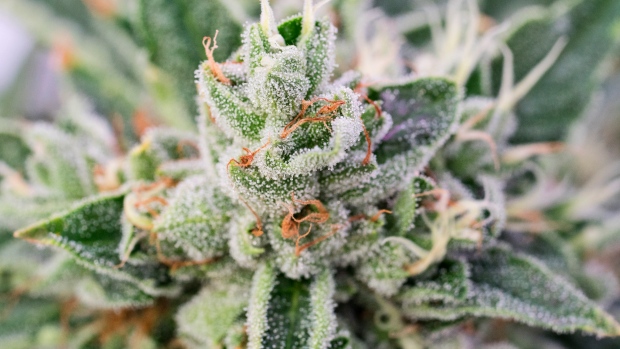 Aphria to ramp up newly-licensed facility to full capacity, relies on automation to drive down production costs: interim CEO

Aphria Inc. plans to bring its newly-licensed Diamond facility to full capacity in the coming weeks to meet demand for vaping and edible products, the company’s chairman and interim CEO said while shrugging off any concern about oversupplying the Canadian cannabis market. The Leamington, Ont.-based company announced Monday it received a cultivation licence from Health Canada for a cannabis greenhouse facility that will add 1.3 million square feet of production space and 140,000 kilograms in annual capacity to its operations. “Diamond, I would want to run at full capacity because it’s so automated from a low-cost production standpoint,” Aphria chairman and interim CEO Irwin Simon told BNN Bloomberg. “It will be one of the lowest-cost production facilities to run.”

Cannabis NB — New Brunswick's Crown-owned cannabis retailer — is on track to be profitable, it just needs to get the start-up business more time to mature. The Canadian Press reports that Patrick Parent, the retailer’s new president, is looking to improve operations as well as better product pricing and supply to combat the illicit market – which numbers about 50 stores in the province. Cannabis NB lost almost $12 million in its first six months, although its bottom line is improving with Q2 losses for the current year coming in at $1.5 million.

Toronto-based cannabis producer TerrAscend said it will withdraw its guidance that it will generate $141 million in revenue during the current fiscal year, citing “weakness in Canadian markets.” The company also said its Canadian business is “expected to produce material cost savings” by early 2020, without providing additional details. TerrAscend’s chairman Jason Wild said in a statement the company will “miss our projections based on poor forecasting for our Canadian business” but expects Q3 revenue to come in around $26 million. TerrAscend also appointed former FreshDirect CEO Jason Ackerman as the company’s new executive chairman effective immediately, and will report its Q3 financials on Nov. 20.

Vancouver-based cannabis producer Sunniva announced the sudden resignation of its CFO Dave Lyle who is leaving the company after just five months for personal reasons. Lyle – who was the former CFO of Maxwell Technologies – will be replaced by Sunniva`s global controller David Weinmann on an interim basis. Meanwhile, MediPharm Labs announced Robert Kwon will be the company`s new CFO, replacing Christopher Hobbs who will continue to serve on the company`s board. Kwon comes to MediPharm following a tenure working at George Weston as senior vice president and was instrumental on Weston`s $12 billion acquisition of Shoppers Drug Mart.

29.9 million pounds
-- The estimated amount of cultivated cannabis in the U.S. 2019, according to New Frontier Data. The legal market accounts for about 17 per cent of that amount, the data showed. 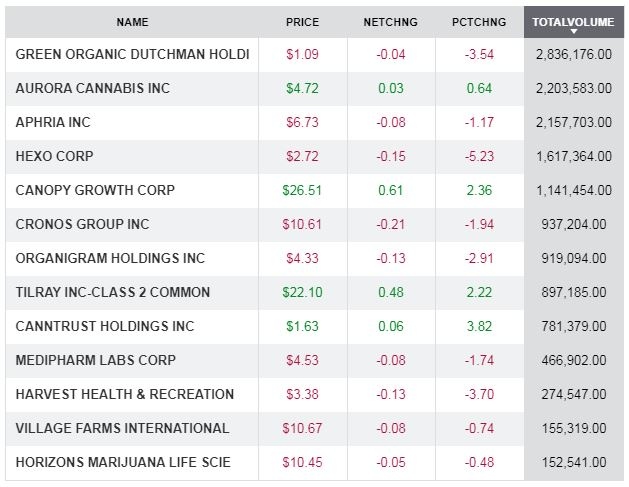