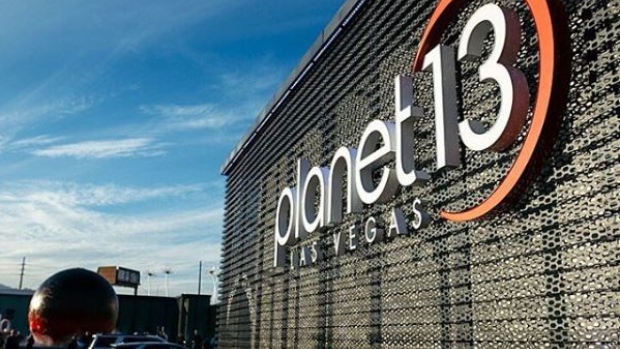 Planet 13 Holdings, the operator of the biggest cannabis store in the world, would be open to a joint venture so that it can bring a pot dispensary to Ontario, the company's chief executive Bob Groesbeck told BNN Bloomberg. While Planet 13 isn't participating in Ontario’s retail license lottery, it sees a partnership as a more viable way to enter Canada's most populous province.

Is Canada's pot shortage so dire that provincial governments need to step in and take control of production? According to MJBizDaily, British Columbia is mulling whether to establish its own licensing scheme for cannabis production in the future. The Ministry of Public Safety and Solicitor General said in a statement to the cannabis industry news website that it could consider such an approach, although it's too speculative to comment on what a plan could be. Currently, Health Canada is the administrator of cannabis production licensing in the country.

Canadians who consume cannabis like to eat afterward: Survey

Stop the presses: Canadian cannabis consumers like to grab a bite to eat after using pot, according to a survey released Wednesday. A poll of 1,525 Canadians found 28 per cent of respondents enjoy eating after consuming the drug, while “having sex” and “watching TV or movies” were the next most popular answers. Other respondents said they enjoyed experiencing nature, artistic activities and yoga after consuming marijuana.

Denver-based MJardin Group announced Thursday that it completed an agreement with Rama First Nation to bring a large-scale cannabis cultivation, extraction and retail operation to the Ontario town. As part of the deal, the company's cannabis production facility will employ about 100 people, the company said in a statement. The announcement comes about a year after MJardin struck a deal wtih Bridging Finance to establish a infrastructure fund aimed at building cannabis projects in First Nations communities.

$10.18 million
- National Access Cannabis’ cumulative sales throughout its 20 pot shops across Canada since cannabis was legalized. 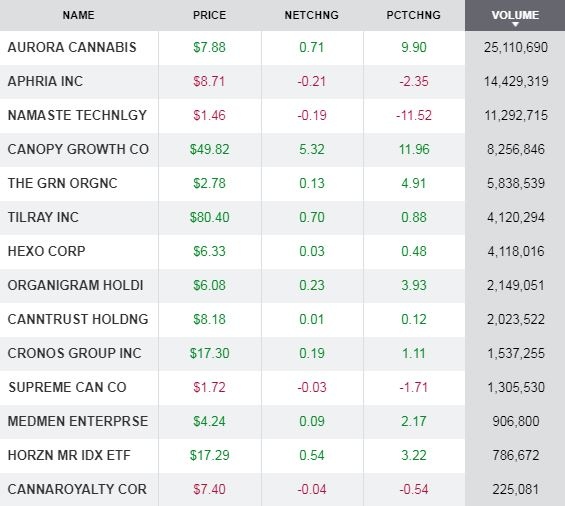