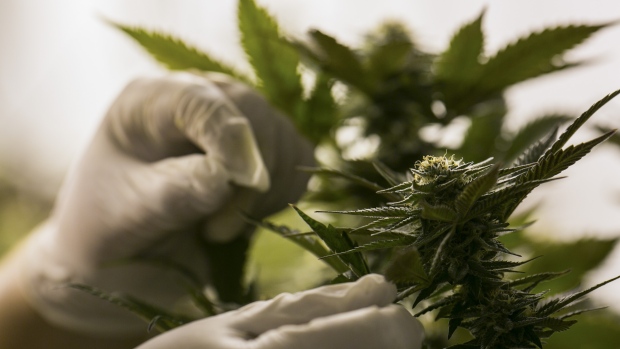 A technician inspects a marijuana plant at a lab. , Dennis M. Rivera-Pichardo/Bloomberg

A former Coca-Cola executive is joining the cannabis industry. Colorado-based Charlotte’s Web, which specializes in hemp-based cannabidiol (CBD) wellness products, has named Eugenio Mendez to its newly-established role of chief growth officer. Mendez – who previously served as Coca-Cola’s vice-president of global marketing for water, enhanced water and sport drinks, and as an advisor to Charlotte’s Web for nearly two years – will step into his new role at the Canadian Securities Exchange-listed firm on Jan. 15. The appointment comes after the U.S. legalized hemp last month, removing a major obstacle for companies that are interested in selling CBD-infused drinks.

Canopy Growth is showing off construction progress for its new Tweed facility in St. John’s, which the Smiths Falls, Ont.-based producer said in a tweet Wednesday will be the second-largest pot production site in the world. Canopy also says the $55-million, 150,000 square-foot facility will produce as much as 12,000 kilograms of cannabis annually and create more than 145 permanent jobs. The photos posted on Twitter appear to show it has completed most of the building’s frame and roof, after the company broke ground on the location last May.

Sundial Growers, a new supplier to Alberta’s shortage-plagued cannabis retailers, suffered an electrical fire at its Olds plant, located north of Calgary, on Dec. 10. The Calgary Herald reports that Sundial’s staff disposed all the cannabis plants that were contained in four rooms at the facility, but would not disclose how many were affected. While Sundial said it’s awaiting a report from fire officials on what caused the incident, the company added that there are no major production disruptions and its most mature plants were not affected. Sundial’s setback comes as the province’s retailers continue to grapple with supply shortages, which prompted the Alberta Gaming, Liquor and Cannabis Commission to suspend issuing cannabis retail licences in late November.

"Some of these more high-flying, growth-type sectors – marijuana stocks, the FAANGs and bitcoin … I think a couple of those have further to fall."
– Ryan Bushell, president of Newhaven Asset Management, on why he sees further downside in cannabis and tech stocks. 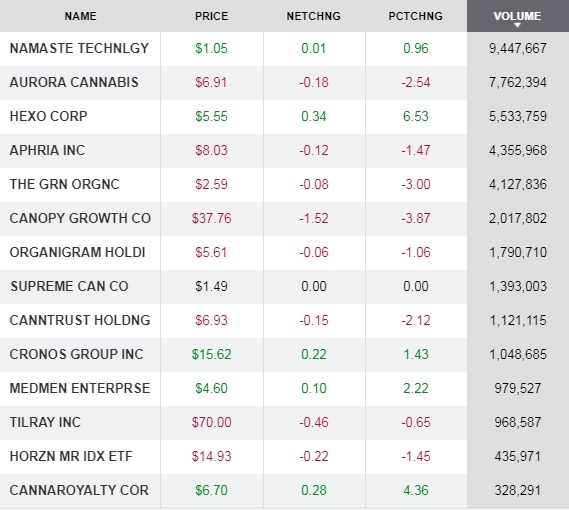