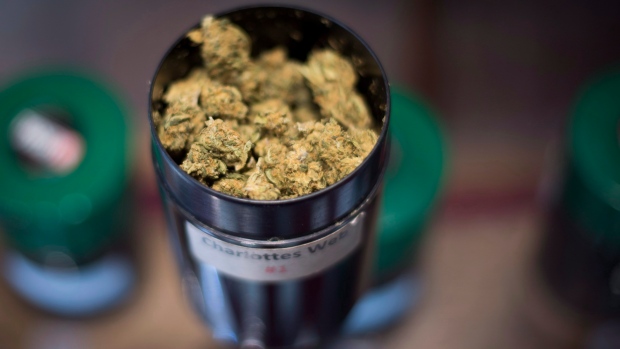 Canada’s cannabis industry contributed $8.26B to GDP in July: StatsCan

Canada’s cannabis sector contributed $8.26 billion to the country’s gross domestic product as of July, a steady increase from the $7.02 billion last October when recreational cannabis was legalized, according to new data published by Statistics Canada on Tuesday. The StatsCan figures also show Canada's legal cannabis industry has grown by a whopping 185 per cent in the first 10 months since recreational marijuana was legalized. The black market’s cannabis output has fallen by 21 per cent in that same time, according to StatsCan estimates.

As U.S. officials grapple with how to handle the current health crisis linked to vaping, the U.S. the Food and Drug Administration warned of such an outcome when they to banned flavored fluids for e-cigarettes, according to the Los Angeles Times. However, senior Obama administration officials nixed the ban and much of the evidence supporting it, citing a cost-benefit analysis that suggested the economic burden on vape shops appeared to outweigh potential health benefits of the ban, the newspaper reported. The lack of a flavour ban is attributed to a sharp rise in youth vaping where about 4.9 million middle and high school students were using tobacco products as of 2018, up from 3.6 million in the previous year.

Colombian politicians are moving a bill that would legalize recreational use of cannabis in the country amid hopes that it could help supplant cocoa production and raise income levels in rural parts of the South American country, according to Cannabis Wire. A draft version of bill will soon be heard by Colombia’s senate which will look to formalize a tax and regulatory structure which would allow for sales of cannabis in the country. It could also pave the way for cannabis exports. The only way for Colombians to legally obtain cannabis is by cultivating plants at home, Cannabis Wire reports.

An Ontario Court of Appeal judge heard arguments from all sides regarding an appeal sought from disqualified cannabis store applicants. Justice Ian V.B. Nordheimer ruled that a formal decision on whether to grant a stay in the licensing process will be made as early as tomorrow, BNN Bloomberg has learned. Last Friday, a panel of judges ruled to dismiss a judicial review that would allow a group of 11 disqualified cannabis store candidates to be reinstated in the licensing process. A total of 42 new cannabis stores were set to open in Ontario as early as today, but several court rulings have delayed the rollout of the pot shops.

$87,000
-- The reserve bid price for the Cannabis Yukon retail store, according to a tender document on the Yukon government’s website. The Canadian territory’s government recently announced it would close the store about a year after it opened. 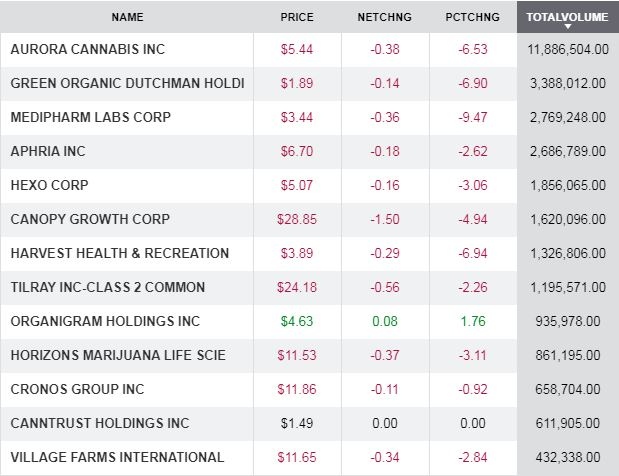