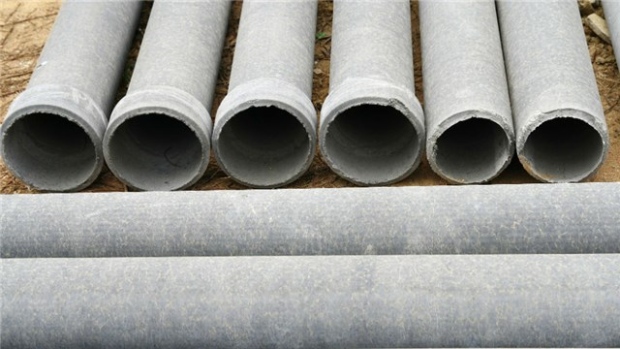 The most astonishing thing about cement is how much air pollution it produces.

Manufacturing the stone-like building material is responsible for 7 per cent of global carbon dioxide emissions, more than what comes from all the trucks in the world. And with that in mind, it’s surprising that leading cement makers from LafargeHolcim Ltd. in Switzerland to Votorantim Cimentos SA in Brazil are finding customers slow to embrace a greener alternative.

Their story highlights the difficulties of taking greenhouse gases out of buildings, roads and bridges. After wresting deep cuts from the energy industry, policymakers looking to extend the fight against global warming are increasingly focusing on construction materials and practices as a place to make further reductions. The companies are working on solutions, but buyers are reluctant to pay more.

“There is so far too little demand for sustainable materials,” said Jens Diebold, head of sustainability at LafargeHolcim. “I would love to see more demand from customers for it. There is limited sensitivity for carbon emissions in the construction of a building.”

While architects and developers concentrate on the energy used by their buildings, it’s actually the materials supporting the structure that embody the biggest share of its lifetime carbon footprint. Cement’s contribution to emissions is especially immense because of the chemical process required to make it.

About two-thirds of the polluting gases that come from cement production stem from burning limestone. Kilns are heated to more than 1,400 degrees Celsius (2,600 Fahrenheit), about four times hotter than a home oven set to the self-clean cycle. Inside the kiln, carbon trapped in the limestone combines with oxygen and is released as CO2, the most abundant greenhouse gas.

A ton of cement yields at least half a ton of CO2, according to the European Cement Association. That’s more than the average car would produce on a drive from New York to Miami. And a single mixer truck can carry about 13 tons. Hundreds or even thousands of tons go into ordinary office buildings.

The scale of the problem has drawn the attention of research groups like the IEA and Chatham House along with policymakers from the C40, which represents the world’s largest cities. The IEA estimates cement production will rise 12 per cent to 23 per cent by 2050, though it could cut emissions with a series of actions. All the groups are looking for levers to prompt change.

“It’s very difficult,” Shirley Rodrigues, deputy mayor for London and a C40 board member, said in an interview. “What we can do is to start to send a signal. We’ve got a new requirement for developers that they must develop a circular economy statement to show how they will reduce, reuse and recycle materials.”

Cement makers are responding but have found customers hesitant. LafargeHolcim, the second-largest maker by capacity, once launched a carbon-free product. It was more expensive and used a different production process. Customers were “very price sensitive” and didn’t show interest, Diebold said. Buyers acknowledge that cost is crucial.

“There are cement products with lower environmental impact, but they usually cost more than the normal ones,” said Lennart Henriz, chairman of the sub-commission on environment at the European Construction Industry Federation. “There are many types of strict targets on the European construction sector. But sometimes there is a lot of talking but low action.”

Cost is a problem because greener forms of cement can cost triple what the traditional mix does. Researchers led by Brett Tempest at the University of North Carolina at Charlotte found a yard of geopolymer cement may reach $161, while the most commonly used Portland variety is $51, their 2015 paper in the PCI Journal published by the Precast Concrete Institute.

What comes out of the kiln is called clinker, the key raw ingredient of cement. It’s the substance that, when mixed with gypsum and water, binds with gravel to harden and form concrete. Many companies are working to cut the amount of clinker in their cement, which requires new and sometimes untested recipes.

Others are looking at substitutes. Those include fly-ash, which comes from the chimneys of plants that burn coal, or slag from steel-making blast furnaces. They trigger a chemical reaction and form what’s known as a geopolymer binder.

Geopolymer cement has performance advantages and a huge sustainability edge over traditional mixes, according to Cameron Coleman, chief executive officer of Wagners Holding Co., which is based in Toowoomba near Brisbane in Australia.

Wagners has poured its Earth Friendly Concrete for taxiways at the Brisbane West Wellcamp Airport as well as in foundations and wall panels for the terminal building. While it’s gaining customers, Wagners still needs more regulators to sign off on using the material in more applications. The availability of slag and fly ash is also a challenge in some countries.

“This alternative eco-friendly binder technology reduces the carbon emissions associated with normal Portland cement by 80 per cent to 90 per cent, and also has a much lower embodied energy,” Coleman said by email. “We have been working with leading companies in South East Asia, New Zealand, India, Europe and the Middle East who are extremely interested in adopting this technology.”

Brazil is one place making rapid progress, partly because of the availability of raw materials such as pozzolan, a type of siliceous and aluminous material that results in a product with the same technical properties as the traditional cement.

The country has one of the lowest clinker contents in the world for its cement, below 70 per cent in 2014. That compares with 75 per cent in Europe. Brazil aims to reduce that ratio to about 50 per cent by 2050, according to Alvaro Lorenz, global director of sustainability at Votorantim Cimentos, one of the largest cement producers in Latin America.

That strategy won’t work for long in Europe and the U.S., where fly-ash is the main clinker substitute and coal plants are closing. There, the focus is on efficiency and using fossil-fuel alternatives for heat. The European Cement Association says its producers already get 44 per cent of their energy from cleaner sources and wants to raise that proportion to 60 per cent by 2050. Instead of using coal, it’s creating heat with used tires, mineral oil and industrial waste.

The next frontier would be using carbon capture and storage devices to siphon off pollutants and trap them underground permanently. That technology isn’t in widespread use and would be expensive – hundreds of millions of dollars for each factory – but it could reduce emissions 80% by the middle of the century.

Cement makers know they must act not only because pollution rules are tightening everywhere, but also because the cost to emit CO2 has pressured their revenues. Companies are paying more for carbon allowances, which has “a serious cost impact for the cement industry,” said Koen Coppenholle, chief executive officer of the European Cement Association.

What’s less certain is the desire of developers and construction companies to buy greener products. Without action from policymakers, green cement may remain a low priority for the builders, said Tiffany Vass, who assesses energy technology and policy on the IEA’s industry team.

“I don’t believe the pressing need for decarbonization has broadly reached the construction industry in many parts of the world,” Vass said.