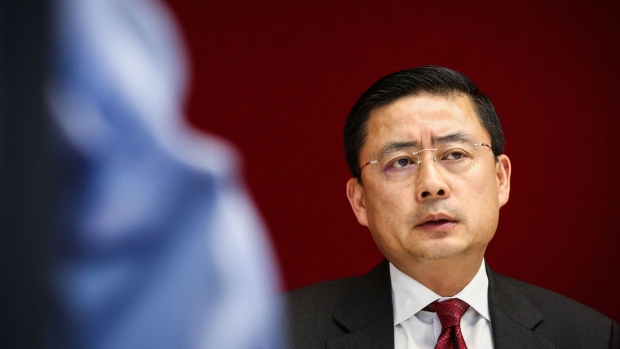 (Bloomberg) -- Tan Xiangdong, the chief executive officer of HNA Group Co. who was detained in China Friday, is a U.S. citizen, according to a U.S. Securities and Exchange Commission filing.

Tan, who also goes by the name Adam Tan, was held by police in China’s southern province of Hainan for suspected crimes, the company said in a statement late Friday, without providing details of the alleged offenses.

Tan is listed as a U.S. citizen in a SEC filing for Park Hotels & Resorts Inc. dated March 15, 2017. A separate filing to Hong Kong regulators in 2019 said Tan has a U.S. passport, the New York Times reported.

A spokesman for the U.S. embassy in Beijing declined to comment.

Tan’s detention came on the day of a sudden thawing in diplomatic relations between the U.S., China and Canada as Huawei Technologies Co. Chief Financial Officer Meng Wanzhou was released after three years of house arrest in Vancouver where she was battling extradition to the U.S. on fraud charges.

Tan was detained along with HNA Chairman Chen Feng, the latest twist in the saga of the once-highflying conglomerate whose debt-fueled acquisitions became an early symbol of the corporate excess now firmly in Beijing’s sights.