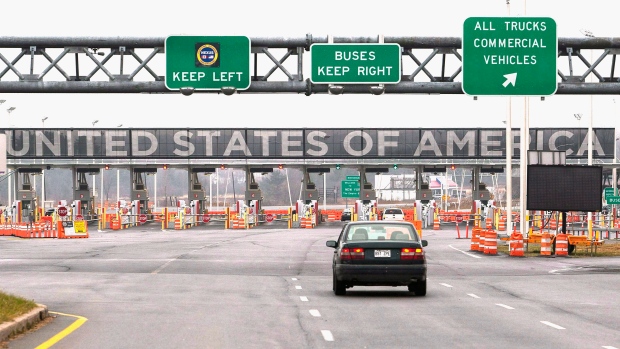 President-elect Donald Trump is criticizing a proposed “border adjustment tax” – a key element of the Republican corporate tax plan that could also have wide-ranging consequences for Canada.

The “BAT” – which would tax imports and exempt exports – is “too complicated,” Trump told The Wall Street Journal. "Anytime I hear border adjustment, I don't love it."

But a new report from RBC Capital Markets says the proposed plan is “easily Tweetable,” and could be popular with Americans. “The BAT is probably an easy thing to sell to the American people and we live in a world in which the headline seems to matter more sometimes than the actual details,” said Matthew Barasch, RBC Canadian Equity Strategist, in the report.

The BAT is part of a larger Republican reform plan that would see the U.S. corporate tax rate cut from 35 per cent to 20 per cent.  In its simplest form, it would impose a tax on goods imported into the U.S. while subsidizing exports and encouraging companies to produce more goods in the U.S.

This makes the plan popular with Republican lawmakers, but could cause a lot of disruption both inside and outside the U.S., warned RBC. “The BAT introduces a significant amount of uncertainty in our view that could cause significant imbalances not only in the U.S., but also around the world,” said Barasch.

In theory the value of the U.S. dollar would rise to offset the BAT and global trade would stabilize. However, if that doesn’t happen, or other countries engage in their own tit-for-tat measures, importers and U.S. consumers will pay the price, he said.

For instance, Canadian energy companies would see the cost of Canadian crude move higher as U.S. refiners pay a bigger tax on imported oil. Those costs could ultimately be passed on to U.S. consumers, said RBC.  “U.S. consumers would likely feel the pinch of this as higher oil prices would likely lead to higher gasoline and heating oil prices.”

And Donald Trump has already said he thinks the U.S. dollar is “too strong.”  The value of the greenback dropped after Trump told the Wall Street Journal the high dollar was hurting U.S. competiveness.

Even if the U.S. abandons its BAT proposal, pending U.S. tax cuts are going to put a dent in Canada’s current export advantage. “Even absent the adoption of a BAT, change is likely on the horizon that could have significant long-term implications for Canada and the Canadian market,” said Barasch.