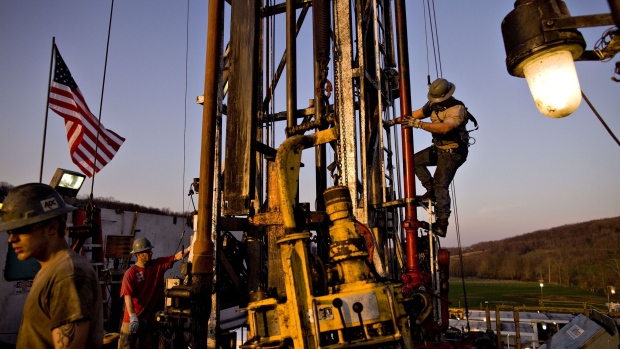 Chesapeake Energy Corp. discarded its full-year outlook, wrote down the value of US$8.5 billion in assets and revived concerns one of the biggest U.S. natural gas suppliers is on the verge of financial collapse.

Once a contender for the title of biggest American gas producer, the shale driller co-founded by the late Aubrey McClendon has been struggling for most of the past decade under a staggering debt load and the North American supply glut Chesapeake helped create.

Chief Executive Officer Doug Lawler’s attempted pivot into crude production never gained traction. The company faces more than a half-billion dollars in debt maturities by the end of next year, and has been shut out of financial markets. The US$8.3 billion first-quarter loss dwarfed any of the negative results posted during the 2014-2016 crash, and was the worst in company history.

“We currently have no access to capital,” the company said in the filing. “Additionally, our customers and counterparties are experiencing uncertain economic conditions which may impact their ability to make payments to us.” 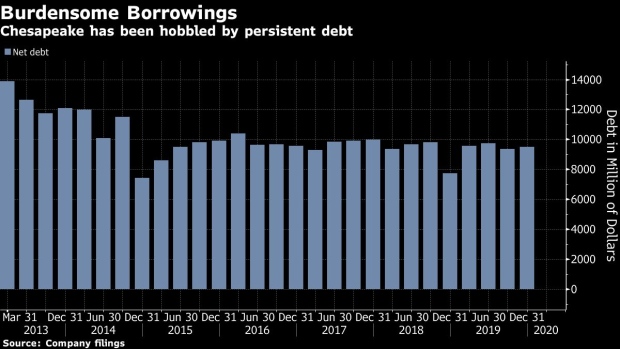 Chesapeake said it recorded US$8.5 billion in first-quarter impairments as the value of its fields, a sand mine and other assets plunged along with commodity prices. The company’s proved reserves shrank by 37 per cent during the quarter because Chesapeake no longer expects to be able to develop them any time soon.

Chesapeake also withdrew its 2020 guidance issued in February, when it called for a 30 per cent cut to spending while targeting free cash flow for the year.

Chesapeake was already in a precarious position before the Covid-19 outbreak sent crude demand plummeting. At its height more than a decade ago, the producer was a US$37.5 billion juggernaut commanded by McClendon, an outspoken advocate for the gas industry. But Chesapeake’s success at extracting the fuel from deeply buried rock contributed to a massive gas glut.

Chesapeake said in the federal filing that by delaying and shutting in wells, the company is cutting oil output by 50 per cent this month and by 37 per cent in June. The company also cut 13 per cent of its workforce in April.

With plans to spend no more than US$700 million for the rest of 2020, the company that has lately only garnered a quarter of its output from oil will focus primarily on its gas assets this year.