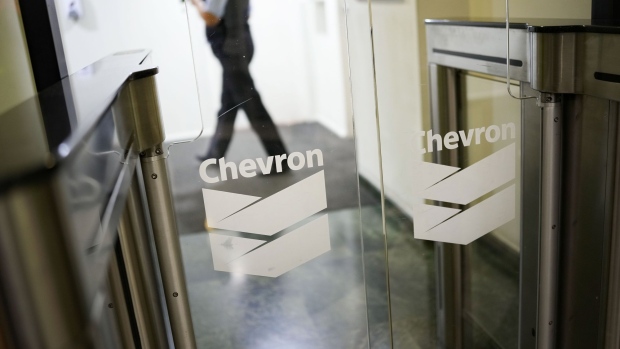 (Bloomberg) -- Chevron Corp. will formally take over operational control of a key Venezuelan oil-processing facility this week during a joint visit to the site by company and government representatives, according to a person familiar with the plan.

Oil Minister Tareck El Aissami and the head of Chevron’s operations in the country, Javier La Rosa, are set to visit on Dec. 7 the Petropiar upgrader at the Jose Petrochemical Complex near Barcelona in northeast Venezuela, the person said. Chevron will take operational control following the inspection, according to the person, who asked for anonymity as the details have not been announced.

Spokespeople for Chevron and the government did not immediately respond to messages seeking comment.

Chevron will use the facility to process tar-like crude from Venezuela’s fields that will be shipped to US refineries in the Gulf of Mexico under a sanctions waiver granted by the Treasury Department last month. The first shipment of 1 million barrels is expected to be loaded later this month.

Under the license and a series of contracts Chevron signed with Venezuela’s government, the California-based driller will retake control of operations, financing and trading in joint ventures with state oil company Petroleos de Venezuela SA. Chevron, which is the last major international firm still operating in Venezuela, has the capacity to increase production from the joint ventures to about 200,000 barrels a day within a year from a low of around 50,000 barrels.