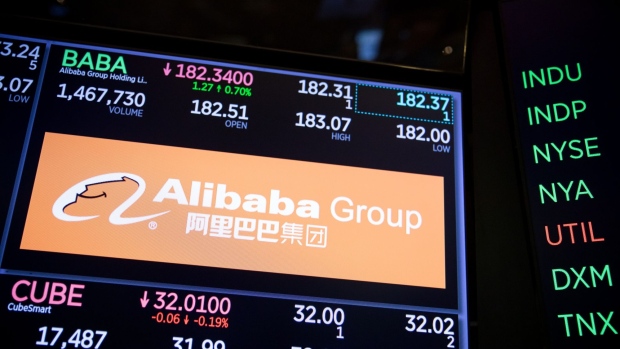 Alibaba Group Holding Ltd and Tencent Holdings Ltd. tumbled, pulling down other Chinese stocks that trade in the U.S. after a report the U.S. is considering adding the two internet heavyweights to the China stock ban that has whipsawed some Asian-based companies this week.

Alibaba and Tencent tumble after report they may be next to face U.S. trading ban

The New York Stock Exchange earlier announced plans to proceed with the delisting of China Mobile Ltd., China Telecom Corp. and China Unicom Hong Kong Ltd. after a pair of about-faces on the future of the firms. The report fueled some panic as investors were confused by what’s next for the U.S.’s growing blacklist of companies it sees as tied to China’s military and security services.

The closely-watched iShares China Large-Cap ETF fell 1.2 per cent while the NASDAQ Golden Dragon China Index, which tracks other large Chinese technology stocks, dropped 2.1 per cent for its worst day since November. Alibaba fell 5.3 per cent, Tencent slumped 4 per cent and JD.com slipped 7.7 per cent.

Alibaba ADRs and Tencent ADRs see daily trading volume on average of 18.6 million and 3.8 million, respectively, far outstripping the volume of trades in the U.S. for the three telecom stocks.