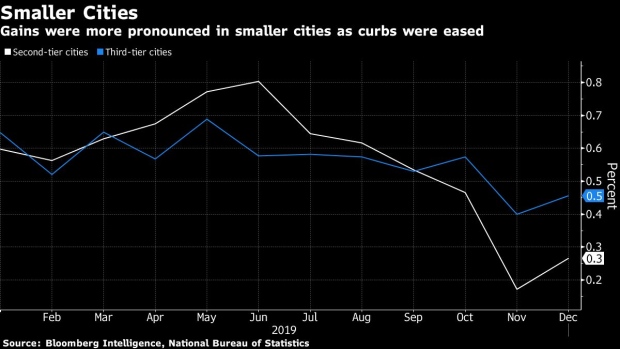 (Bloomberg) -- China home-price growth accelerated for the first time in seven months, as authorities took steps to ease some property curbs and head off a broader downturn.

To contact the editors responsible for this story: Katrina Nicholas at knicholas2@bloomberg.net, Peter Vercoe, Jonas Bergman