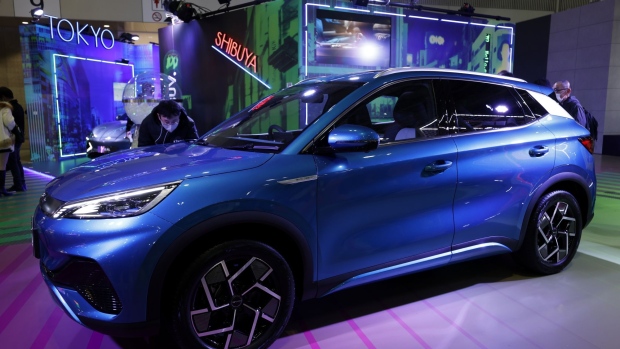 (Bloomberg) -- Chinese carmaking giant BYD Co. will start selling vehicles this quarter in the UK, where electric cars are seizing a growing share of the market.

While the UK remains one of Europe’s biggest car markets, automakers have struggled to revive sales since the start of the pandemic, with registrations slumping to a 30-year low in 2022. EVs have been a bright spot, with battery-electric models accounting for around 17% of deliveries last year, overtaking diesel for the first time.

Shenzhen-based BYD has been expanding in Europe, having already set up shop in countries including Norway, Denmark, Sweden, the Netherlands and Belgium. The group — which also has been making a big push into other markets around Asia, including Thailand and Australia — may even pass up Tesla Inc. in global EV sales this year by expanding its model lineup and manufacturing capacity, according to BloombergNEF.