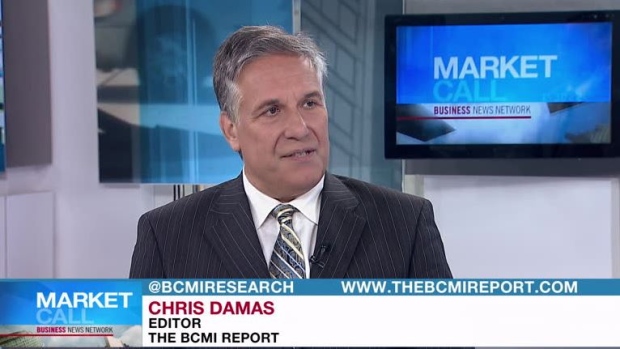 MARKET OUTLOOK
My bearish outlook on Canadian cannabis producers on May 12 has proved completely correct; stocks that callers asked about and which I said would go lower were down in the second half of May and through June, in one case as much as 41.5 per cent (Maple Leaf Green World). As of June 30, WeedMD was down 16 per cent, Cronos Group was down 26 per cent, CanniMed was down 18 per cent, Cannabis Wheaton was down 22 per cent and Aphria was down 10 per cent. Canopy Growth, which I spoke relatively positively about, was down only 4.2 per cent.

AGRICULTURE/FERTILIZER OUTLOOK
On May 12, I did not turn bullish from bearish on Agrium/PotashCorp, rating them a hold, and the stocks have been flat in USD and down in CAD. AGU closed yesterday at $118.17 versus $124.59 when I appeared on the show, and POT closed at $21.25 versus $22.35.

I suggested selling Ag Growth International (AFN) and it closed at $57.37 versus $58.81, although it has paid two 20-cent dividends since. I suggested viewers stay away from AGT Food and Ingredients, which was trading in the $25-26 area, and that stock went lower, hitting a low of $21.98 before closing at $23.43 yesterday.

The latest data from the UN Food and Agricultural Outlook suggests we will have ample global grain and rice crops in 2017/2018. Although the U.S. National Weather Service is predicting a hot July on the west and east coasts, the weather in the key Midwest states has an equal chance of being hot with drought conditions unlikely. The “El Nino” effect is rated as neutral. The recent mini-rally post the June 29 acreage aside, the reports suggests no sustained increase in crop prices going forward, and farmers have reserves of old crops they can sell into any rally. The exception so far has been spring wheat due to the drought in the Northwest Plains. I expect ample crop harvests for corn, soybeans, canola, as well as lower prices. This should help grain handlers and grain processors.

ALON USA PARTNERS (ALDW.N) – US$$10.80
We recommended it last time and continue to like the units of this refinery in the Permian Basin. The units pay a variable distribution. It paid 38 cents US for the first quarter. Canadian investors should note there is a 40 per cent withholding rate, which can be recovered if they file with the IRS. American residents in Canada receive the distribution tax-free unless in a registered plan. U.S. MLPs can defer income taxes and calculate your portion of business income (K-1 form, which is available after the year’s end).

CANACCORD GENUITY (CF.TO) – $5.44
I first recommended and purchased CG at $4.71 the day the Q4 earnings were released and last purchased it at $5.44. The asset management business alone is worth $1.2 billion to 1.4 billion versus a market cap of only $615 million. Company reinstated the dividend on June 2 with a policy to pay out 25 to 50 per cent of net income attributable to shareholders, and paid out 10 cents of 26 cents. I believed CG could earn at least $1 per share in the next year and could pay out as much as 50 cents, for a yield of 9.2 per cent. I may raise my EPS and dividend target due to the U.K. deal announced yesterday. My target for the stock was $10, but I will be updating this with the U.K. deal in mind.

INTERNATIONAL CANNABIS CORPORATION (ICC.V) – $1.02
I like ICC’s business plan to grow and sell a hemp-plant strain high in CBD oil (cannabidiol) and export it throughout South America and potentially to Canada and the EU. The company bought 100 kg of high-CBD hemp strain seed and 494 acres of land. The company is backed by the Union Group, a diversified conglomerate in Montevideo, and went public on the Venture exchange through an RTO last December. The growth outlook for CBD oil medications is excellent as it has been shown to help epilepsy, convulsions, inflammation and pain. It is cheaper than pharmaceutical epilepsy drugs. Last November, ICC signed an MOU with Emblem Corp to import the CBD for their cannabinoid drug initiatives, and I expect Health Canada to approve these imports. Even if they don’t, the plan to sell CBD to other South American countries should make for a great growth trajectory. Interest in the stock from Canadian brokerage analysts and institutional investors is increasing, but the CBD market is not well understood. My short-term price target is $1.40, at which point I would expect the company to raise more equity. A successful raise could push the stock much higher.

TWITTER (TWTR.N) – US$17.82
I do not own it but I like it for a two- to three-year investment time horizon. I plan to recommend and buy TWTR at lower prices.

ALON USA PARTNERS (ALDW.N) – US$$10.80
I sold this MLP to partially offset the loss on PBF Energy and realized a pre-tax profit of 7.9 per cent on average cost over the three weeks. I continue to like ALDW and newsletter readers were never recommended to sell.