Coca-Cola in talks with Aurora to develop pot-infused beverages: Sources

The Coca-Cola Co. is in “serious talks” with Aurora Cannabis Inc. to develop cannabis-infused beverages, a groundbreaking move that would signal a significant foray into the marijuana sector by one of the world’s most iconic consumer brands, multiple sources familiar with the matter told BNN Bloomberg.

The sources said that Coca-Cola (KO.N), the world’s largest beverage company, is interested in developing beverages that are infused with cannabidiol, commonly referred to as CBD, the non-psychoactive chemical found in marijuana plants.

Unlike other deals between alcohol makers and cannabis producers aimed at making drinks that will give consumers a “buzz” similar to inhaling marijuana, Coca-Cola and Aurora (ACB.TO) would likely develop beverages that will ease inflammation, pain and cramping.

Estimates vary, but the consumer CBD market is estimated to grow to US$2.1 billion by 2020, from $202 million in 2015, according to a recent report in the Hemp Business Journal.

“They’re pretty advanced down the path” of doing a deal, according to one source who has direct knowledge of the talks between the two companies.

“It’s going to be more of the ‘recovery drink’ category,” the source added.

The sources declined to speak on-the-record with BNN Bloomberg as discussions between Aurora and Coca-Cola remain private.

READ MORE: Why Coca-Cola may add a cannabis component to its drinks

Kent Landers, a spokesman from Coca-Cola, declined to comment about Aurora. However, he added in an emailed statement to BNN Bloomberg that “along with many others in the beverage industry, we are closely watching the growth of non-psychoactive CBD as an ingredient in functional wellness beverages around the world. The space is evolving quickly. No decisions have been made at this time.”

Heather MacGregor, a spokeswoman with Aurora, said in an emailed statement that the cannabis producer has expressed specific interest in the infused beverage space, and intends to enter that market.

“As a rule, we do not discuss business development initiatives until they are finalized, however we have a responsibility to our shareholders to give proper consideration to all relevant opportunities that are presented,” MacGregor said.

While the sources say the talks between Coca-Cola and Aurora are ongoing, there is no guarantee they will be successful or that a commercial agreement would be made public.

Coca-Cola’s possible affiliation with the cannabis sector would mark a pivotal moment for the 132-year old company that owns more than 500 brands around the world. The company behind such drinks as Diet Coke, Sprite and Minute-Maid juice reported annual revenue of US$35.4 billion in 2017, down 15.5 per cent from the prior year, which has spurred the company to search for growth in international markets and new beverage concepts such as an alcoholic offering that’s only available in Japan.

The beverage giant’s desire to diversify its portfolio was demonstrated last month when it announced an agreement to buy Costa Ltd., the U.K.’s biggest coffee retailer, from Whitbread Plc. for US$5.1 billion. 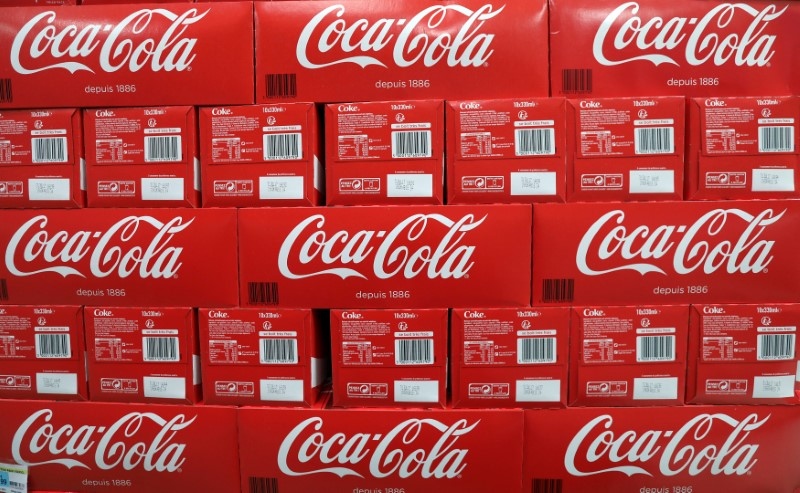 What’s your take on Coca-Cola’s apparent interest in the pot sector?

It’s also one of the world’s most beloved brands, ranking as the fourth most valuable in the world, behind Apple Inc., Google Inc. and Microsoft Corp., according to Interbrand. Tying itself to cannabis would give Coca-Cola a slightly edgier appearance that would contrast from a company that relies on its iconic labeling and marketing campaigns such as its polar bear ads during the holidays to lure customer interest.

Coca-Cola's interest in the cannabis space was first reported by The Globe and Mail last month. However, its talks with a specific cannabis producer and the level of those discussions have not previously been reported.

Aurora isn’t the only company that Coca-Cola has discussed developing a cannabis strategy with. Executives from Coca-Cola held high-level talks with Leamington, Ont.-based Aphria Inc. two months ago, but didn’t progress further, one source directly familiar with the discussions told BNN Bloomberg.

“There’s a lot of interest from [consumer-packaged goods], and liquor and tobacco [companies] to look at cannabis as a new growth vector,” said Martin Landry, managing director of equity research at GMP Securities LP, in an interview with BNN Bloomberg.

“What’s happening is that the cannabis industry is still in its infancy and there’s not a lot of partners to dance with.”

Vivien Azur, a beverage analyst with Cowen, said she isn’t surprised to see Aurora is a likely partner for a large company like Coke entering the cannabis market, and noted that Tilray and Aphria are also likely targets for potential partnerships given their scale. “Beyond Coca-Cola, we would not be surprised to hear of a deal from Pepsico Inc. as well with CBD seemingly a good complement to their market share leading Gatorade franchise,” Azur wrote in a report sent to clients on Monday.

Landry said that large consumer-packaged goods (CPG) companies such as Coca-Cola or Switzerland-based Nestle S.A. would likely favour a joint-venture type of deal with a cannabis producer rather than making a large equity investment that could be at risk if pot company valuations decline in the coming years.

“If I’m a big CPG company, the reason I’d want to partner with a cannabis producer is to use them as a test market to develop products here in Canada and perfect them, so then I can enter the U.S. down the road when it’s more appropriate to do so,” he said.