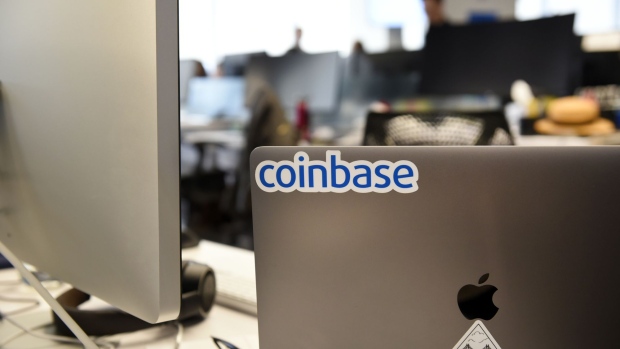 A Coinbase Inc. sticker is seen on a laptop computer at the company's office in San Francisco, California, U.S., on Friday, Dec. 1, 2017. Coinbase wants to use digital money to reinvent finance. In the company's version of the future, loans, venture capital, money transfers, accounts receivable and stock trading can all be done with electronic currency, using Coinbase instead of banks. , Bloomberg

(Bloomberg) -- Coinbase Inc. must face a negligence lawsuit for allegedly botching the launch of its digital currency bitcoin cash, or BCH, through an apparent “incompetence born of haste,” a judge ruled.

U.S. District Judge Vince Chhabria in San Francisco threw out more claims in the suit than he allowed to advance. But he rejected Bitcoin’s argument that the suit should be handled in arbitration, and ruled buyers of bitcoin cash -- not sellers -- can move forward with the suit.

Chhabria ruled the refiled complaint lays out a “plausible account that Coinbase breached its duty to maintain a functional market.”

Coinbase briefly enabled orders to be posted in U.S. dollars on its platform for more sophisticated traders in December 2017, but it suspended it after two minutes due to “significant volatility.” Bitcoin cash, a spinoff from Bitcoin, surged in the hours before Coinbase posted on its website that it would enable its customers to buy the cryptocurrency spinoff, instigating an investigation of potential insider trading.

Read more on the launch here

The decision to halt trading was an indication of dysfunction, the judge wrote. Buyers of bitcoin cash argued Coinbase could’ve announced its trading launch well in advance to avert a spike in price, he said.

Buyers, the judge ruled, alleged a plausible motive: a rush to launch because the Chicago Mercantile Exhange opened trading in bitcoin futures the day before. Such circumstances may explain why buyers’ orders were filled with high-priced limit orders, Chhabria said.

Sellers claims on the other hand -- that they lost an opportunity to sell at artificially high prices -- was caused by Coinbase’s decision to halt trading, which wasn’t negligent, according to the ruling.

Coinbase got fraud and unfair competition claims thrown out. The company didn’t immediately respond to an email seeking comment about the ruling.

To contact the reporter on this story: Joel Rosenblatt in San Francisco at jrosenblatt@bloomberg.net