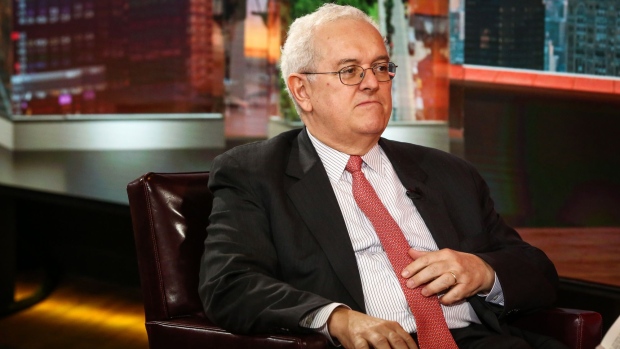 (Bloomberg) -- Colombian President-elect Gustavo Petro named Jose Antonio Ocampo as Finance Minister in a move that should help ease concerns among investors who have been bracing for unpredictable economic policies under the nation’s first leftist government.

Ocampo, 69, is one of Colombia’s best-known economists and has co-authored books with Nobel prize-winner Joseph Stiglitz. He has argued for a more “active” use of the exchange rate and has made the case for a tax on commodities exports. He already served as finance minister in the 1990s, and has also been agriculture minister and head of the National Planning Department. More recently, he was a co-director of the central bank and a professor at Columbia University.

Petro’s plans to halt oil exploration and overhaul the pension system while increasing taxes have spooked the business community and investors in Colombian assets. Ocampo will need to maintain investor confidence and at the same time have the political gravitas to advance the agenda of the president, which includes increased welfare payments for millions of poor Colombians.

The decision to name Ocampo is another sign of possible moderation from Petro who will have to contend with a divided congress in his push to overhaul the economy. He’s already built new alliances with centrist political parties and met with President Ivan Duque, former President Alvaro Uribe and his rival in the runoff Rodolfo Hernandez since the election.

“A brilliant economist,” Luis Fernando Mejia, the head of Fedesarrollo think tank said in a post on Twitter. Ocampo has “the expertise required to face the enormous challenges that the country faces in fiscal, inequality and growth matters.”

The peso has lost about 5% since Petro’s June 19 runoff victory, among the worst in emerging markets. The yield on benchmark local currency bonds due in 2032 peaked at 12% days after the vote and now trades at 11.6%.

Ocampo will also get a seat on the central bank board, with a say on monetary policy. Inflation has spiked to 9.07%, near the highest level in nearly two decades. The central bank will meet to decide on its key interest rate on Thursday with the median forecast expecting a 150 basis points hike to 7.5% which would be the biggest increase on record. Petro, like other politicians during the campaign, criticized sharp interest rate increases.

Colombia is expected to expand 5.8% in 2022, the fastest pace among major economies in the Americas, according to the International Monetary Fund.

Petro, a former guerrilla and trained economist, has been a lawmaker for decades and was mayor of Bogota. His ambitious green agenda includes converting state oil company Ecopetrol SA into a renewable powerhouse. He’s promised to give a job to every Colombian who wants one and argues for a new approach to the public health system. He wants to propel the agriculture industry while imposing greater regulations and taxes on large landowners.

Former Finance Minister Mauricio Cardenas wrote on Twitter that Ocampo’s “experience, knowledge and firmness are a guarantee for all.”