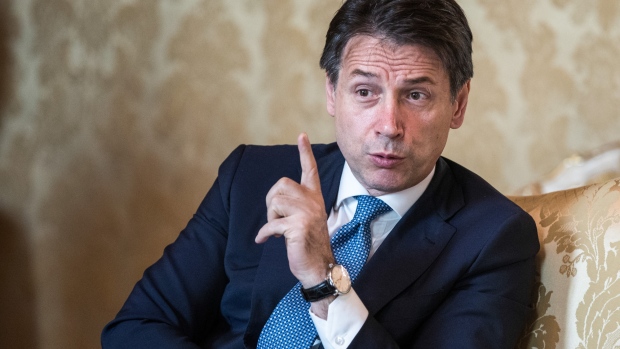 (Bloomberg) -- Italian Prime Minister Giuseppe Conte threatened to resign if the partners in his populist coalition don’t stop posturing and get to work on new policies to help the country.

Conte, a Florence law professor who has acted as a mediator in the year-old government, called on Deputy Premiers Matteo Salvini of the rightist League and Luigi Di Maio of the anti-establishment Five Star Movement to halt what he called their permanent election campaign.

“I ask both political forces, and in particular their leaders, to make a clear choice, and to tell us if they intend to work from now on in the spirit" of the coalition agreement, Conte said in a news conference at his Rome office.

Conte said he’s ready to continue in the premier’s job “with maximum determination.” But he added that if his appeal goes unheeded, “I won’t agree to languish just to prolong my presence here. Very simply, I will hand in my resignation.”

To contact the editors responsible for this story: Ben Sills at bsills@bloomberg.net, Jerrold Colten