Dealmaking has gone quiet in the pot space as the slump in shares removes a vital currency and investors get picky.

These followed the termination of other high-profile deals, such as MedMen Enterprises Inc.’s acquisition of PharmaCann LLC in October, and significant revisions to the terms of others. According to data from Viridian Capital Advisors, the number of cannabis M&A deals in the four weeks ended Nov. 22 plunged to three -- from 36 a year ago.

The sharp drop in deal activity is the result of a confluence of factors, including a 60% decline in share prices across the industry and capital markets that have closed to all but the biggest and best-funded companies. Over the same four-week period, just 11 capital raises worth $370 million were done, down from 59 worth $5.2 billion a year ago, Viridian said. 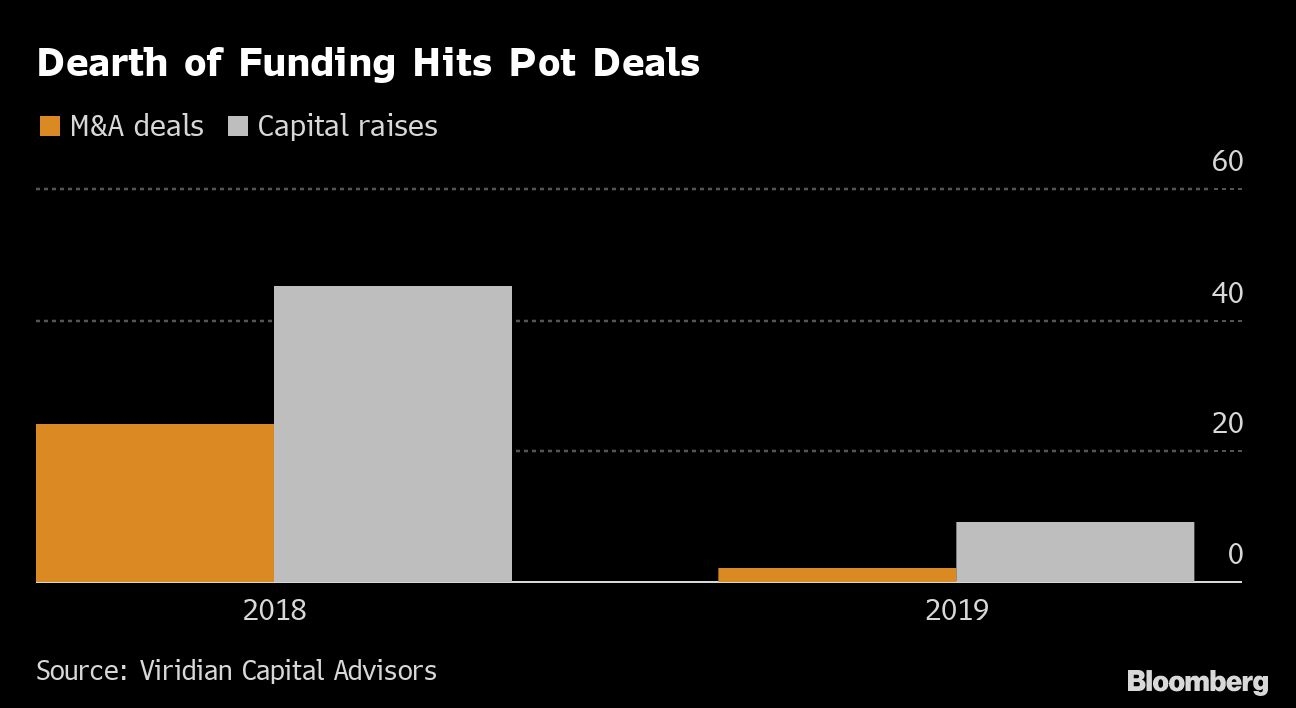 Publicly traded companies have been hardest hit. This has created an unusual situation where “some public companies out there are actually cheaper than lookalikes in the private market,” according to Justin Ort, chief investment officer for the Measure 8 Full Spectrum Fund, which invests in cannabis.

In fact, some private companies with strong business models may be finding it easier to raise money than publicly traded ones, particularly from venture capital and private-equity firms, said John Ramsey, portfolio manager at Measure 8.

“In recent months, while there’s all this talk of no incremental capital coming into the public markets, we’ve seen multibillion-dollar VCs and PEs come in and lead deals in the cannabis space,” Ramsey said.

Any inversion in the valuations of private and public companies is likely to be “short lived,” said Troy Dayton, chief executive officer of cannabis investment and research firm Arcview Group.

Investors in the public markets may be waiting for stocks to hit a clear bottom before they jump back in, Dayton said.

“The key element here is regulation,” he said. “We know this is a wildly popular product that people will buy. The question is, when will laws changes and will the regulators get it right when they change?”