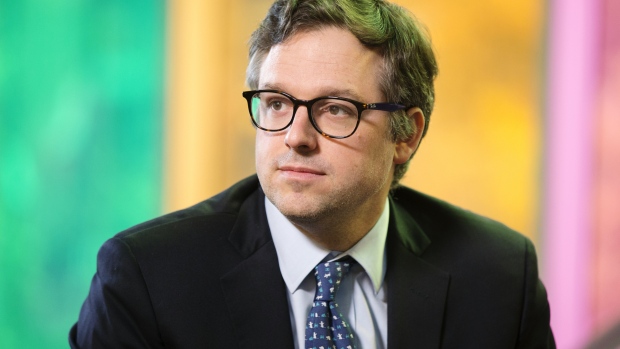 The Desmarais family scion is poking the big banks.

Paul Desmarais III, who oversees Power Corp. (POW.TO) of Canada’s startup strategy, is pushing banks to provide more transparency on fees. Koho, a fintech company he backs through Power’s in-house venture fund, released a study on Wednesday showing Canadians pay a median $159  in charges a year, and launched a website where people can calculate their own tally.

“The number of fees that we’re being charged, and the amount, are still not obvious to access and I think that’s been a profitable practice for banks,” Koho Chief Executive Officer Daniel Eberhard said in a phone interview. “Fees across financial products in Canada are too high; this is one element of that equation, and we’re trying to bring visibility to that.”

The campaign by Toronto-based Koho, which competes with the traditional banking sector for some services, may help the fintech company pick up customers for its mobile-based accounts.

It also may provide ammunition to Desmarais, who wants Canada to embrace “open banking rules” in effect in some countries that make it easier to share banking data. Through Power’s venture fund Portag3, Desmarais invests in companies disrupting the Montreal-based holding company’s core business.

The third generation of a media-shy family running an empire that holds stakes in insurers and mutual-fund companies that have benefited from high fund fees, he’s gotten more vocal in recent months about Canadian regulations that he says are holding back the fintech industry.

“Canadians have a right to know what fees they are paying for their bank accounts and what fees they are being charged throughout the year for different transactions,” Desmarais said at an event in Montreal last month. “And that is not a transparency that currently exists.”

According to the Canadian Bankers Association, which represents the country’s banks, 31 percent of Canadians say they pay no banking service fees at all, while 45 percent pay between C$1 and $15 a month. It says fees help pay for banking services including a national network of more than 6,000 branches, nearly 19,000 bank-owned automated-banking machines, debit payment services at Canadian retailers, and Internet, mobile and telephone banking.

Canadian Imperial Bank of Commerce has its own no-fee direct bank with about 2 million customers, and has competitive rates on checking accounts and mutual funds, CEO Victor Dodig said last week. What Desmarais is trying to achieve is “clever,” but clients with a mortgage and retirement savings often need to sit down with an adviser, he said.

“All clients don’t want just a zero fee; some clients want a relationship, where some things involve more than just ‘let me transact’,” he told reporters on the sidelines of the bank’s annual shareholders meetings in Montreal last week. “For anybody to say, ‘We’re cheaper,” is too simple a way to describe how complex banking is.”

Koho used a proprietary tool to scrutinize more than 1,500 participants’ bank accounts to detect and add up fees. Credit card interest charges, non-sufficient funds fees and monthly plan fees are the top three charges in the Koho study, which excludes charges on foreign-exchange transactions. Koho teamed up with data company Flinks for the project, which uses artificial intelligence to detect the fees through language recognition.

Koho, which is also backed by venture capital funds, says it doesn’t charge fees for its services; it makes money through the interchange fees already paid by merchants on transactions. It also gets a commission from referrals to other companies, such as millennial-focused robo-adviser Wealthsimple, another company backed by the Portag3 fund, according to Desmarais.