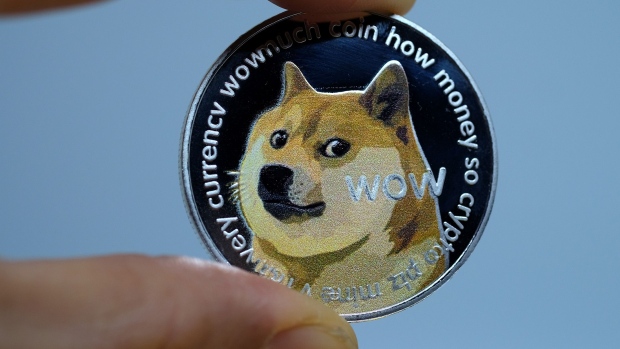 (Bloomberg) -- Dogecoin, the Shiba Inu-themed digital coin, is surging again and approaching its all-time high after a crash last week sparked an outcry on Reddit.

The digital coin rose 46% in the last 24 hours to 7.4 cents as of 1 p.m. in New York on Sunday, according to CoinMarketCap data. That’s just short of its record of 7.8 cents posted in late January. It now has a market value of $9.5 billion, making it the 10th-biggest cryptocurrency.

The price recovered over the past week after Tesla Inc. co-founder Elon Musk returned from his self-imposed Twitter break to send a series of tweets promoting Dogecoin. Started as a joke in 2013, Dogecoin has been riding a wave of newfound popularity on social media, powered by the speculative frenzy of retail investors.

Bitcoin has also rallied this week, topping a record of $40,000, before paring gains.