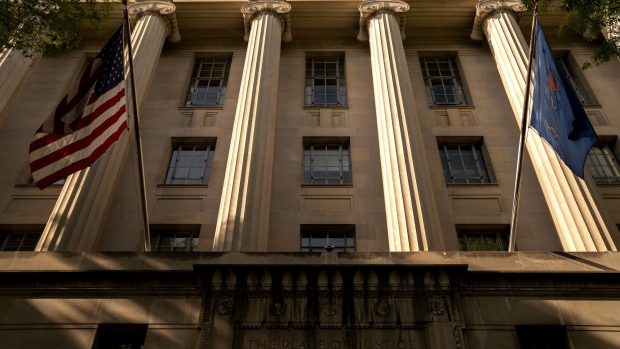 The Department of Justice (DOJ) building stands in Washington, D.C., U.S., on Tuesday, April 27, 2021. President Biden and House Democrats are clashing over how much to prioritize an extension of an expanded tax credit for parents. , Bloomberg

(Bloomberg) -- Alphabet Inc.’s Google dodged court sanctions after it was called out by the Justice Department for hiding documents from government lawyers.

U.S. District Judge Amit Mehta in Washington said during a hearing Thursday that he wouldn’t punish the company over its practice of having employees copy company lawyers on emails when discussing competition issues. The US government claims Google uses “silent attorney” emails as a ploy to avoid disclosing records in litigation.

But Mehta ordered Google to ensure that all of the “silent-attorney” emails are reviewed anew to make sure the company has complied with disclosure obligations.

Google maintained that it acted in good faith throughout the information-sharing process, though the company’s lawyer said at a recent hearing there could have been “mistakes” made by the legal team that reviewed emails.

The company declined to comment on the judge’s order.