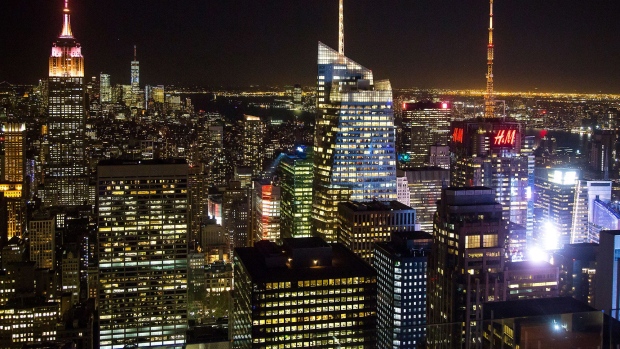 (Bloomberg) -- Eastern Generation’s loans dropped to record lows after the power producer posted third quarter earnings that by one measure dropped in half, according to people with knowledge of the private company’s results.

The company recorded $44.5 million of earnings before interest, taxes, depreciation and amortization for the period ended Sept. 30, said the people, who asked not to be identified because the results, posted at the start of this month, are confidential. That’s down about 53% from $95.1 million in the same period last year, the people said.

Eastern Generation, whose plants produce about a fifth of New York City’s electricity, is suffering after market regulators cut the requirements for how much standby power that utilities must pay generators for. That standby capacity is designed to ensure that utilities can meet demand for electricity even on the hottest days of the year, and cutting the amount required translates to falling revenue for the company.

After posting earnings, the company’s first-lien loans have fallen this month, reaching 76.1 cents on the dollar on Dec. 14 from 84.5 cents on Dec. 13, according to data compiled by Bloomberg. The debt has since edged up to 77.25 cents on Dec. 27.

With seven power facilities totaling 5,000 megawatts, Eastern Generation accounts for more than 18% of New York City’s power generation capacity, according to its website. It holds plants in states including New York, Ohio, and Michigan. ArcLight acquired the natural gas and dual-fired portfolio from Tenaska Capital Management in 2015.

The company’s gross margin also dropped in the third quarter, falling 45% to $68.7 million, they said. So far this year, Eastern Generation booked $140.3 million of earnings, approximately $45 million higher than budget but down from $205.5 million in 2020 due to lower New York capacity revenue, the people said. The company is projecting 2021 earnings of $154 million on a normalized basis, they said.

Eastern Generation is shifting more of its focus to energy storage, building batteries at three of its existing facilities to help with New York’s transition to clean energy, according to an announcement on Dec. 16. The company also withdrew its plans to restart its Gowanus Generation Station, a gas and oil fuel facility that sits on Brooklyn waterfront, and is looking to close two oil power barges at Gowanus ahead of schedule.