Canada’s economy slid to a halt in February as the COVID-19 outbreak abroad dampened global growth.

Gross domestic product was unchanged from January, missing economist estimates for a 0.1 per cent gain, Statistics Canada reported Thursday. That follows a 0.2 per cent jump in the prior month.

Thursday’s numbers don’t provide much insight into the trajectory of the economy since conditions rapidly deteriorated in March when strict social distancing measures took effect. March GDP numbers to be released next month will likely offer greater insight into the extent of the virus on the economy. 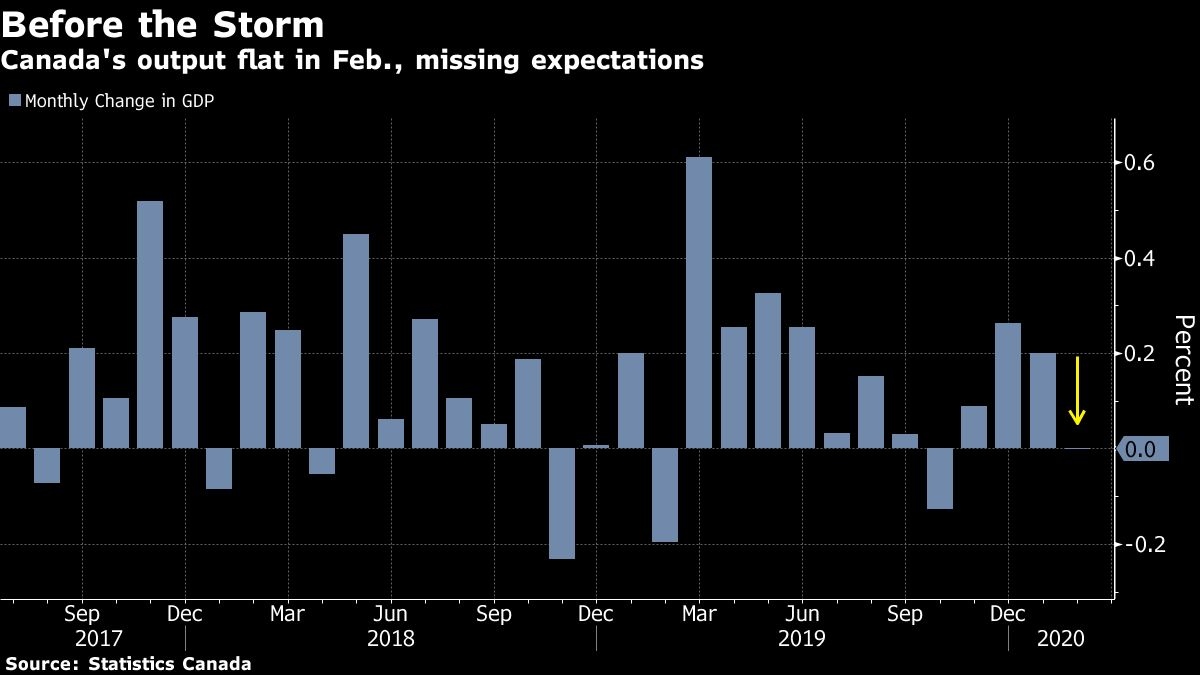