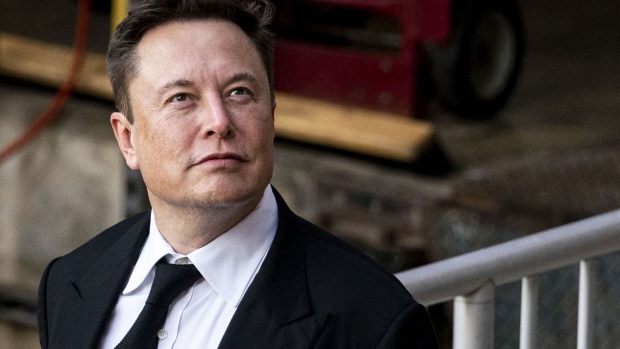 (Bloomberg) -- Some key Senate Democrats are considering calling Elon Musk to testify on his plans to remake Twitter, amid broader calls in Congress for new regulations for tech and social media companies.

There are no imminent plans for hearings, but, “We’re thinking about it,” Senate Commerce Chair Maria Cantwell said in an interview Thursday.

The Tesla Inc. CEO earlier this week agreed to buy Twitter in one of the biggest leveraged buyout deals in history. The move was cheered by many Republicans who contend conservative views are censored. Democrats raised concerns that Musk, the world’s richest person, would loosen restrictions that are aimed at preventing the spread of disinformation.

Senator Ed Markey, a member of the Commerce Committee who has called for new laws regulating large tech companies, said that a hearing with Musk was necessary given Twitter’s importance.

“It’s a technology which is central to democracy and our economy and it is important for the representatives of the American people to hear what the new owners intend on using that technology to accomplish,” the Massachusetts Democrat said in an interview. “We have to understand the censorship or lack thereof, content moderation or not, that is going to be the policy for the new owner.”

Markey said the Commerce Committee makes sense as the venue given its jurisdiction over the Federal Trade Commission and the Federal Communications Commission.

“In terms of what the values are that this company is going to be creating for the new Elon Musk Twitter world, I think that’s actually a necessary role for Congress to play,” he said.

Republicans have generally cheered Musk’s plans to purchase Twitter, with Texas Senator Ted Cruz calling it “the most important development for free speech in decades.”

Musk’s deal for Twitter isn’t final and may take months to close. In the meantime, he won’t have any non-public information about how Twitter works -- only his own ideas and opinions about what to fix.

Another Senate Democrat, Richard Blumenthal of Connecticut, also said Musk should testify on his plan. “There is a powerful imperative to ask him to tell Congress and the American people how he’s going to address the concerns that we’ve raised,” he said.

Musk would take over Twitter as House and Senate lawmakers in both parties are increasingly looking at issues involving social media, including competition, privacy and protections for children.