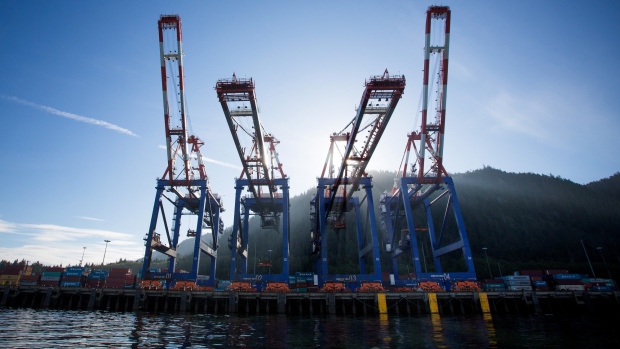 Investors have been pushing Canadian energy companies to merge so they can cut costs and combine resources. That isn’t going so well this year.

The value of deals involving Canadian oil, natural gas and pipeline companies slumped 29 per cent to US$45.5 billion in the first seven months of the year, according to data compiled by Bloomberg. Exclude US$22.3 billion in Enbridge Inc. outlays to absorb subsidiaries, and this year’s decline2 widens to 64 per cent.

Driving the drought is an oil rally that’s emboldened management teams to stay the course, as well as a lack of appetite for dilutive share issuances to fund takeovers. The trend is hampering consolidation that observers say is necessary to allow Canadian entities to compete with lower-cost shale drillers in the U.S.

“The ability to attack inefficiencies is much greater when there’s one group of people working on an asset rather than two,” said Rafi Tahmazian, who helps manage about $900 million in energy investments at Canoe Financial in Calgary. “That’s just a better way to go in this world today, where we’re not focused on just growing production, we’re focused on the rate of return.”

Tahmazian lays much of the blame for the decline on Canadian government policies, such as carbon taxes, that he says make the nation’s energy sector less competitive with rivals in other countries. A shortage of pipeline capacity in western Canada has also hurt domestic producers because it means they have to sell their crude and gas at discounted prices.

In contrast to the Canadian decline, U.S. deals increased 12 per cent to $174.8 billion this year through July.

Western Canada Select crude climbed 16 per cent during the first seven months of 2018, outpacing West Texas Intermediate, the American benchmark. Although prices are still shy of the $100-a-barrel level of 2014, the worst of the slump that saw them dip below $30 is long gone. That’s eased the desperation that drove many Canadian wildcatters to sell when the outlook was dire, said Martin Pelletier, a portfolio manager at TriVest Wealth Counsel in Calgary.

“When oil prices move higher, the incentive to sell, or the fear that things are going to get worse, goes away,” Pelletier said. “So management teams start to think, ‘Maybe I don’t need to sell. I can stay in business and compete.’”

Yet bankers are still hesitant to buy new equity in energy producers, depriving them of the capital they need to take over rivals. That’s forced companies to rely heavily on their own stock to pay for transactions.

For example, Vermilion Energy Inc. and Baytex Energy Corp. have both arranged all-stock buyouts. Across the Canadian energy landscape, all-stock transactions made up 39 per cent of deals this year, compared with just 2.5 per cent last year.

“Three to five years from now, we’re going to go through another downturn, and a lot of these companies cannot survive,” Canoe’s Tahmazian said. “That could end up making them have to sell in a forced situation at a much lower valuation. It’s important that potential sellers recognize that is a risk for them.”