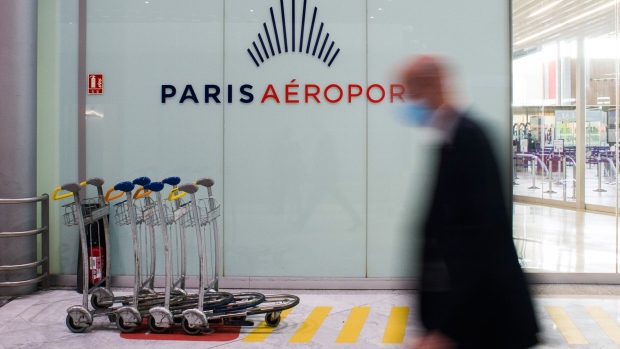 (Bloomberg) -- The European Union is set to recommend that member states review essential travel restrictions on a daily basis in the wake of the omicron variant, according to a draft EU document seen by Bloomberg.

Member states should pursue a coordinated approach and be prepared to impose any required controls, the document says.

The bloc’s executive arm will also call on national governments to rapidly deploy booster shots and quickly implement proposals to limit the validity of the EU’s digital vaccine certificate to nine months without a booster.

European governments should put in place targeted and proportionate precautions and restrictions to limit the spread of the virus, the document says. The draft recommendations could change before they are expected to be announced on Wednesday.

The bloc will also pledge to accelerate its efforts to share vaccines worldwide in order to achieve the global vaccination target of 70% in 2022, which was agreed at the Group of 20 summit in October.

As of Tuesday, 11 EU members have recorded at least 44 cases of the omicron variant, including in the Netherlands, Sweden and Spain. EU agencies are currently collecting and analyzing data on the variant. The European Medicines Agency said on Tuesday that the approval of vaccines to address the new variant, if needed, could take three to four months.