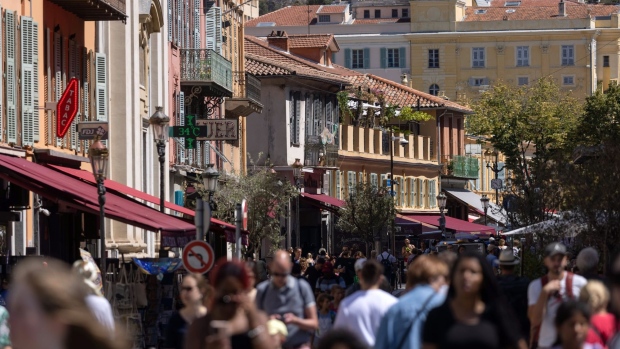 (Bloomberg) -- The euro-area economy expanded by more than initially thought in the third quarter, though a recession triggered by the continent’s energy crisis is likely to have begun since.

Gross domestic product rose by 0.3% in the three months through September, slightly more than the 0.2% preliminary estimate, according to data released Wednesday by Eurostat. The revision follows an upgrade for Germany, the 19-nation currency bloc’s top economy.

While the numbers show that the spike in natural gas costs caused by Russia’s war in Ukraine hasn’t derailed growth yet, the euro zone will probably endure a downturn in the current quarter and at the start of 2023. Despite the souring outlook, the European Central Bank is raising interest rates, saying any recession will be mild.