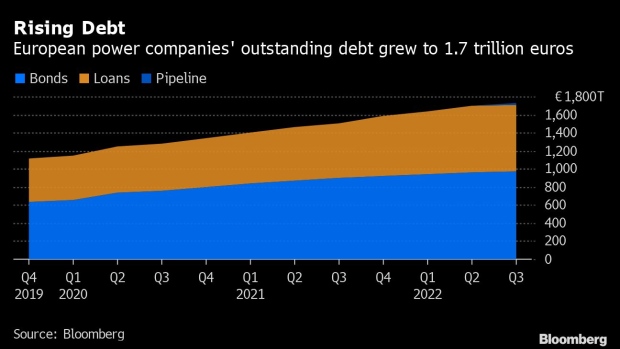 (Bloomberg) -- European energy and utilities companies are racking up more debt to cover the cost of soaring oil and gas prices.

Their overall debt, which has been climbing since the pandemic, has swelled this year to more than 1.7 trillion euros ($1.7 trillion) -- more than a 50% jump from before 2020.

Most recently, Germany’s Uniper SE looks set to need about 9 billion euros in funds and Czech power firm CEZ CP is seeking up to 3 billion euros to weather the energy crisis. At least 24 billion euros of financing is in the works for the sector.