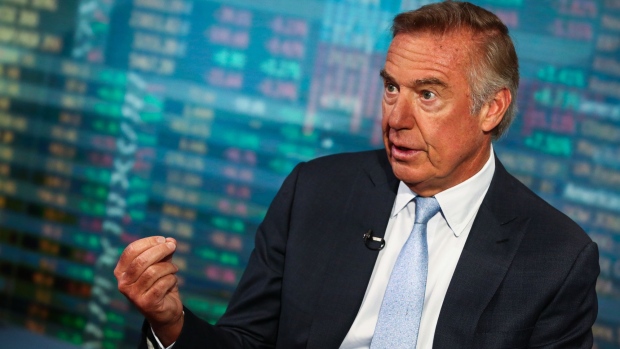 (Bloomberg) -- Ralph Schlosstein plans to step down as co-chairman and co-chief executive officer of Evercore Inc., leaving John Weinberg alone in both roles.

The move takes effect on Feb. 25, Evercore said in a statement Wednesday. Schlosstein, 70, will also resign from the board and remain with the company as chairman emeritus.

“I am confident that Evercore will continue to thrive under John’s leadership, and I look forward to contributing in my new role to the firm’s future success,” Schlosstein said in the statement.

Weinberg -- a scion of the family that ran Goldman Sachs Group Inc. for most of its existence -- was tapped as Evercore’s executive chairman in 2016. He was named to his most recent roles last year. Schlosstein had said previously that whenever he stepped down, Weinberg, 64, would be sole CEO.

Schlosstein joined the firm in 2009 as president and CEO, serving alongside Roger Altman, Evercore’s founder and senior chairman.

The New York-based firm in May named Celeste Mellet Brown as the investment bank’s first female chief financial officer. Her appointment followed the promotion of three senior managing directors late last year to co-head the advisory business, part of a move to install the next generation of leadership.

Altman, who started the company in 1996, said Weinberg has co-led the firm with integrity.

“He is deeply respected by clients and colleagues alike for his principled approach, innovative thinking and thoughtful leadership,” Altman said in the statement. “John is the right CEO for Evercore’s next chapter, and I look forward to continuing to work closely with him.”

In recent years, Evercore’s deal fees have surpassed those collected by Wall Street titans including Citigroup Inc. and Bank of America Corp.