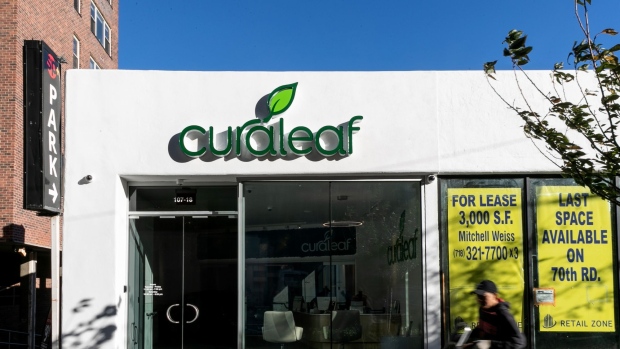 (Bloomberg) -- A former Credit Suisse banker best known for his role in privatizing Russian state assets after the fall of communism is capitalizing on another transformative moment, this time in the U.S.

Boris Jordan, 53, is getting rich from cannabis. His 31% stake in Curaleaf Holdings Inc., the biggest U.S. pot company by market value, is worth more than $1 billion, according to the Bloomberg Billionaires Index.

Jordan’s road to weed wealth started in 2013 when his Moscow-based private equity firm, Sputnik Group, invested in PalliaTech Inc., a medical-device maker. He and his partners spent more than $100 million to build it into a national chain now called Curaleaf, which announced Wednesday that it’s buying Chicago-based Grassroots Cannnabis in a cash-and-stock deal valued at about $875 million.

Curaleaf runs 47 local dispensaries and 13 cultivation sites across 12 states, according to its website. It recently announced it would start selling products containing cannabidiol, or CBD, a non-intoxicating cannabis compound, at CVS Health Corp. stores.

A green wave is sweeping the U.S., where more than 30 states have legalized cannabis for medical purposes, including about a dozen that permit adult recreational use. The market for legal pot in the U.S. may more than double to $23.4 billion by 2022, according to the Arcview Group, an investment and research firm focused on the cannabis industry.

In May, Curaleaf bought the regulated cannabis business of Cura Partners Inc., a maker of oil for vape pens, in a stock deal valued at about $950 million --- the largest acquisition involving U.S. cannabis firms. Jordan was already an investor in Cura Partners through Measure 8.

The American grandson of Russian aristocrats who fled the Bolsheviks, Jordan helped the Russian government sell off thousands of state enterprises during privatization soon after the collapse of the Soviet Union. The New York University graduate, while heading Credit Suisse’s Moscow office, helped develop the Russian equity market.

In 1998, he and his partners founded Sputnik Group, which now has investments in Renaissance Insurance Group and Oxford BioMedica Plc.

--With assistance from Tom Maloney, Devon Pendleton and Sophie Alexander.

To contact the reporters on this story: Alex Sazonov in Moscow at asazonov@bloomberg.net;Craig Giammona in New York at cgiammona@bloomberg.net