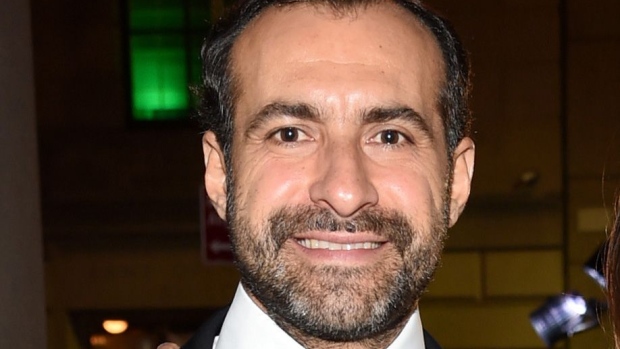 (Bloomberg) -- Former Barclays Plc banker Makram Azar, who listed his special-purpose acquisition company last year to scout for European tech unicorns, warned SPACs could come under yet more scrutiny by U.S. regulators after a crackdown earlier this year cooled off the market.

Stiffer oversight by the U.S. Securities and Exchange Commission “put a lid on the market that way,” Azar said in an interview in Riyadh on the sidelines of Saudi Arabia’s flagship investment forum. “They may continue to adjust the rules by the way, it’s not over yet.”

After a record rush of initial public offerings, SPAC IPOs began to slow in the second quarter as the SEC tweaked certain accounting rules amid intensifying scrutiny from U.S. financial regulators. While the issuance of new SPACs has slowed, many blank-check companies are still racing to spend the almost $200 billion they’ve raised since the middle of last year.

“The investor community was throwing money at SPACs,” Azar said. “Now if they see a team that is not really knowledgeable, they are not going to get their money.”

At its peak, the market for SPACs “became a sort of a bubble and all sorts of people were not equipped to be SPAC sponsors” and were “doing bad deals,” he said.

“That really disrupted the market,” he said. “It needed to get filtered and now we’re going through that process and soon if you’re a nobody you’re not going to be able to raise money through SPACs anymore. Which is a good thing, it should be limited to people with experience.”

Even as listings and mergers by blank-check sponsors have slowed, fundraising through SPACs, which gather money before selecting a business to acquire, has led to deals for WeWork and SeatGeek in the past month alone.

Azar and dealmaker Scott Freidheim raised $345 million in December after boosting the size of their blank-check company’s U.S. IPO. The SPAC will primarily look for targets in the European technology, media and telecommunications industry as well as the region’s financial technology sector.

Unlike last year, which saw more IPOs through SPACs than via regular listings, blank-check companies account for less than half this year, according to Azar, who expects the market to settle at 30% or 40%.

SPACs to the Rescue

“It’s now more targeted at companies that cannot really go public on their own -- they need SPACs to go public,” he said.

The Middle East has seen such dynamics play out this year.

Shaken by delistings of major companies, Dubai’s stock market saw just one company list there in three years. The most recent prospect of an IPO in the emirate this year went up in smoke when logistics firm Tristar Transport pulled its deal in April.

SPAC deals remain scarce in the Middle East for now because of the region’s relative dearth of unicorns, or startups worth more than $1 billion, he said.

“The Middle East will provide a great opportunity for SPACs in the years to come,” Azar said. “There is so much talent and a developing and growing ecosystem here where the local market is too small for them. SPACs are giving them access to the deepest pool of capital in the U.S.”