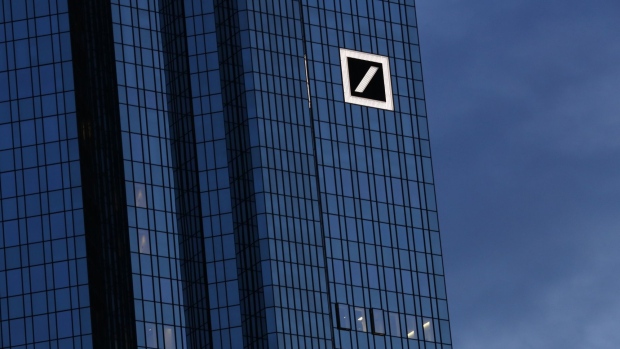 Fooling competitors in financial markets is no different than bluffing in a high-stakes card game, according the lawyers for two former Deutsche Bank AG traders on trial for allegedly manipulating precious-metals prices.

“Whether gin rummy, bridge or poker, you’re allowed to hide your cards” and bluff to win, defense attorney Michael McGovern told jurors Tuesday at the start of the trail in Chicago of James Vorley and Cedric Chanu.

The former traders, who pleaded not guilty, are charged with fraud and conspiracy in the latest prosecution of a “spoofing” case brought by the U.S. since the so-called “flash crash” a decade ago. Vorley and Chanu are accused of issuing multiple trade orders between 2008 and 2013 that they canceled before executing in a bid to influence gold and silver prices.

Defense attorneys said the traders’ actions were legal and that canceling orders is an accepted strategy in the competitive world of high-frequency trading, where computers use algorithms to execute massive trades in milliseconds.

“Every order James placed was legitimate” and in full view of Deutsche Bank’s compliance department, said Roger Burlingham, Vorley’s lawyer. “The prosecutors’ theory is that when James placed orders, he was telling the super computer what was in his mind,” Burlingham said.

Chanu “honored every one of his orders that was accepted in the market by any other player,” said his attorney, McGovern. While Vorley and Chanu weren’t charged with the crime of spoofing, prosecutors are using the term as a distraction because they can’t prove fraud, McGovern said.

“They participated in a fraud designed to help themselves and their bank,” prosecutor Leslie Salba Garthwaite told the jury. Vorley and Chanu “turned the market on its head” by distorting supply and demand, she said.

“It’s a trick,” Garthwaite said of their spoofing methods, which she likened to “whispering buy and shouting sell.”

Among the prosecution witnesses scheduled to testify at the trial are former Deutsche Bank trader David Liew, who worked with Vorley and Chanu.

Since anti-spoofing laws were passed under the Dodd-Frank financial reforms in 2010, federal prosecutors have stepped up criminal cases and the U.S. Commodity Futures Trading Commission initiated more civil complaints.

For all of the individuals charged, only three have stood trial so far and the results are decidedly mixed.

In 2015, Michael Scotia was convicted in Chicago and sentenced to three years in prison. In 2018, Andre Flotron was acquitted after a federal judge in Connecticut threw out most of the charges saying the government should have brought the case in Chicago, where the trading occurred. Last year, the case against Chicago computer programmer Jitesh Thakkar, the first non-trader charged under anti-spoofing laws, ended in a mistrial.